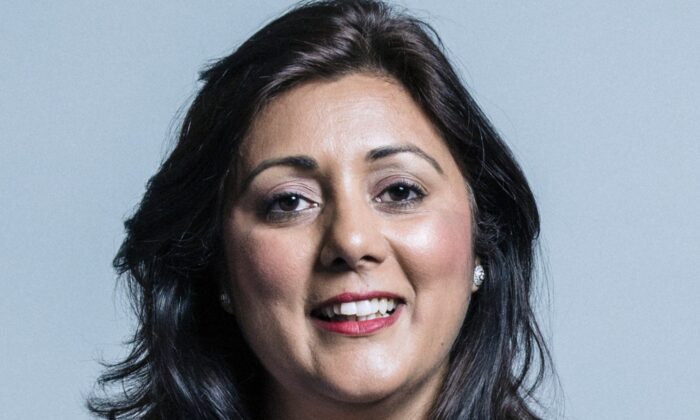 Johnson Orders Inquiry Into Claim of Islamophobia in Ministerial Sacking

British Prime Minister Boris Johnson has ordered an inquiry into claims made by Conservative MP Nusrat Ghani that she was sacked from her ministerial post because her “Muslimness” was “making colleagues uncomfortable.”

Following a phone conversation with Ghani on Sunday evening, Johnson asked the Cabinet Office to “establish the facts” regarding the allegations.

A Downing Street spokeswoman said, “The prime minister has asked the Cabinet Office to conduct an inquiry into the allegations made by Nusrat Ghani MP.”

The spokeswoman said Johnson had previously recommended that Ghani make a formal complaint to Conservative Campaign Headquarters, but “she did not take up this offer.”

“The prime minister has now asked officials to establish the facts about what happened,” the spokeswoman said, adding that Johnson “takes these claims very seriously.”

In an interview with The Sunday Times, Ghani said when she lost her job as a transport minister in February 2020, a government whip told her that “Muslimness” had been raised as an issue at a Downing Street meeting to discuss the reshuffle.

“I was told that at the reshuffle meeting in Downing Street that ‘Muslimness’ was raised as an ‘issue,’ that my ‘Muslim women minister’ status was making colleagues uncomfortable and that there were concerns ‘that I wasn’t loyal to the party as I didn’t do enough to defend the party against Islamophobia allegations.’”

“In the following weeks, I was informed that if I persisted in raising this that I would be ostracised by colleagues and my career and reputation would be destroyed.”

On Monday, Ghani welcomed the announcement of the Cabinet Office investigation.

In a statement posted on Twitter, she said: “As I said to the prime minister last night, all I want is for this to be taken seriously and for him to investigate. I welcome his decision to do that now.”

Ghani’s claim was denied by Chief Whip Mark Spencer, who publicly identified himself as the individual who spoke to the former minister in 2020.

“To ensure other whips are not drawn into this matter, I am identifying myself as the person Nusrat Ghani MP has made claims about this evening,” he said on Sunday in a statement posted on Twitter.

“These accusations are completely false and I consider them to be defamatory. I have never used those words attributed to me,” he wrote.

Ghani, 49, was born in Kashmir to Pakistani parents and grew up in Birmingham. She worked in an investment bank, charities, and the BBC World Service before entering politics.