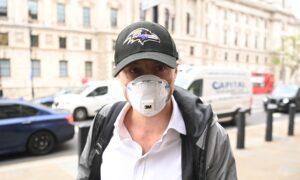 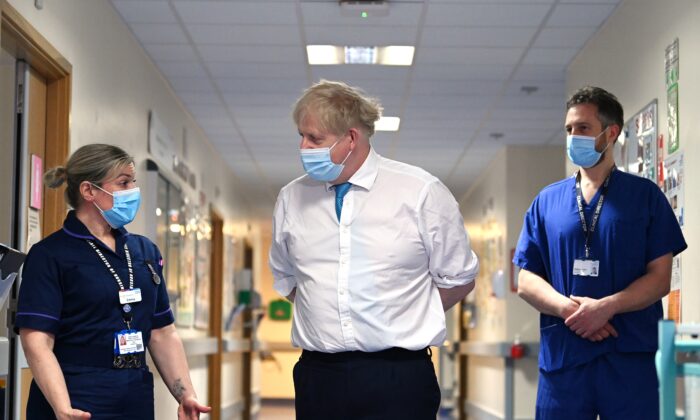 Dominic Cummings shared WhatsApps with the BBC as he alleged the Prime Minister was reluctant to heighten restrictions because “the people who are dying are essentially all over 80.”

In his first broadcast interview, the hostile former chief adviser to Johnson accused his one-time boss of putting “his own political interests ahead of people’s lives.”

Cummings has repeatedly accused the Prime Minister of being too slow in imposing the second lockdown, which came into force on November 5.

The political adviser, who left Downing Street during a bitter row in November, shared a series of messages from October 15 that appear to be from Johnson to aides.

“I must say I have been slightly rocked by some of the data on covid fatalities. The median age is 82 – 81 for men 85 for women. That is above life expectancy. So get COVID and live longer. Hardly anyone under 60 goes into hospital (4 percent) and of those virtually all survive. And I no longer buy all this NHS overwhelmed stuff. Folks I think we may need to recalibrate,” they read.

“It shows we don’t go for nation wide lockdown.”

Cummings said in the interview that Johnson’s attitude at the time was a “weird mix of, er, partly it’s all nonsense and lockdowns don’t work anyway and partly well this is terrible but the people who are dying are essentially all over 80 and we can’t kill the economy just because of people dying over 80.”

He also alleged that Johnson was too beholden to lockdown-opposing Tories and elements of the media which convinced him the first lockdown was a mistake.

Cummings claimed the Prime Minister referred to the Telegraph, which previously employed him as a journalist, as “my real boss.”

A Number 10 spokeswoman responded: “Since the start of the pandemic, the Prime Minister has taken the necessary action to protect lives and livelihoods, guided by the best scientific advice.

“The Government he leads has delivered the fastest vaccination rollout in Europe, saved millions of jobs through the furlough scheme, and prevented the NHS from being overwhelmed through three national lockdowns.

“The Government is entirely focused on emerging cautiously from the pandemic and building back better.”

But Labour’s shadow health minister Justin Madders said: “The revelations are further evidence that the Prime Minister has made the wrong calls time and again at the expense of public health.

“The chaos, delay, and incompetence at the heart of Government is costing lives and harming the economy. Boris Johnson is reckless, unfit to govern and a public inquiry cannot be delayed.”

Dominic Cummings: The Interview will air on BBC Two at 7 p.m. on Tuesday.