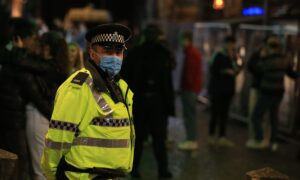 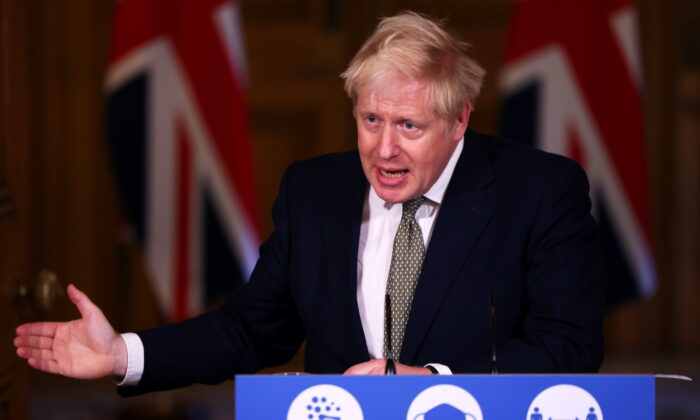 The UK prime minister says he shares “frustrations” over test and trace, but insisted that his centrepiece measure for tackling the CCP virus had made “colossal” achievements. He emphasized that the system would be more effective if people complied with requests to self-isolate.

Contact-tracing is reaching a lower percentage of people than at any point, according to the latest figures, and the turnaround times for tests have also reached record lows.

Responding to questions on the latest figures, Boris Johnson said during an Oct. 22 press briefing, “I share people’s frustrations and I understand totally why we do need to see faster turnaround times and we do need to improve it.”

However, Johnson said that the achievements of the system “have been colossal”.

He said that the UK has carried out 26 million tests in total—more than any other European nation—and was on track for a 500,000 per day capacity by the end of the month.

“If you test positive, then you’ve got to self isolate,” he said, before reminding people that people on low incomes following the rules are entitled to a £500 bursary, and those who break the rules face a £10,000 fine.

Just 18 percent of people with symptoms were self-isolating at the time, according to the research.

The trace and test system is reaching just six out of ten close contacts according to the latest weekly figures, which also showed record numbers of in-person tests are not being returned within the promised 24-hour window.

Government scientific advisers have previously said that the system needs to be reaching eight out of ten close contacts of those testing positive for the CCP (Chinese Communist Party) virus.

The system only approached that level in the summer.

However, the system is now struggling to expand in step with rising numbers of infections.

The government’s chief scientific adviser Sir Patrick Vallance accepted that there was “room for improvement” in the system.

In the latest figures, just 15 percent of in-person tests were able to deliver results within the 24-hour goal—less than half of the 32 percent achieved in the previous week.

In June, 94 percent of these tests were received within the 24-hour window.

A total of 101,494 people tested positive for the CCP virus in the week prior to Oct. 14 according to the Test and Trace data, a 12 percent increase from the previous week, and the highest yet.