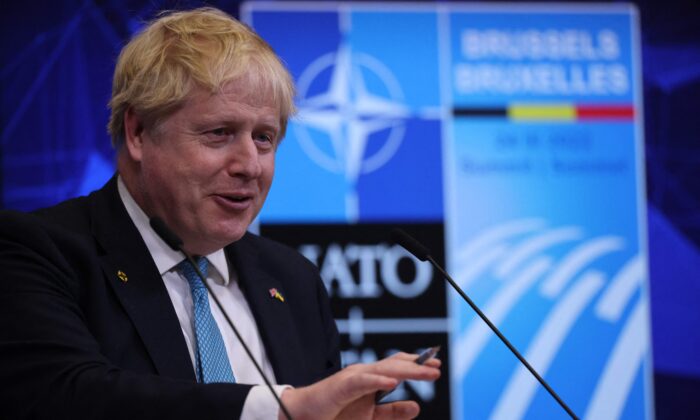 Johnson Apologises Over Lockdown Fine, but Will Not Resign

British Prime Minister Boris Johnson issued a full apology but refused to resign after being fined for attending a June 19 party at Downing Street party during the height of the pandemic.

Johnson denied any wrongdoing and claimed that at the time he was not aware that he broke his government’s rules.

The event was a surprise birthday party for the Prime Minister.

It was not immediately clear how much Johnson’s fine was but it made him the first British leader to be sanctioned for breaking the law while in office.

When asked if he would resign he said that he paid the fine, he apologised but he would instead “get on and deliver the mandate” that he had, to tackle the country’s issues.

Political opponents, and some members of the governing Conservative Party, have previously said that Johnson should resign if he was issued a fine.

Johnson’s government had been shaken by public anger over revelations that his staff held “bring your own booze” office parties, birthday celebrations, and “wine time Fridays” between 2020 and 2021 while millions in Britain were barred from meeting with friends and family because of his government’s COVID-19 restrictions.

A total of 16 parties were investigated by a senior civil servant, Sue Gray, with a dozen of them also under investigation by the Metropolitan Police.