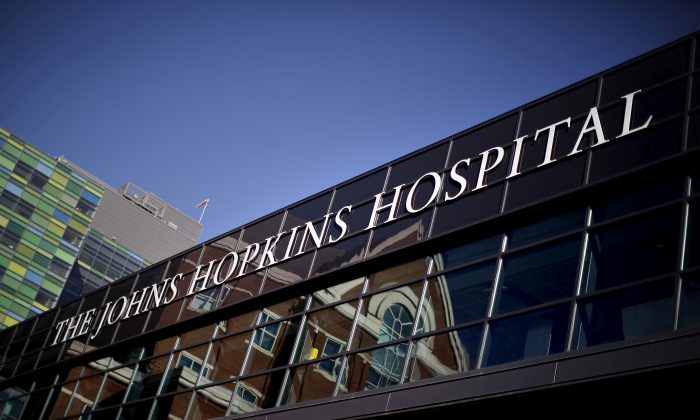 The John Hopkins Hospital is seen at a area near the downtown of Baltimore, Maryland, on Nov. 4, 2015. (Carlos Barria/Reuters)
US News

A building at Johns Hopkins Hospital in Baltimore was evacuated on Thursday due to a possible tuberculosis exposure, fire officials said.

The hospital released a statement at around 2 p.m.

Fire Chief Roman Clark told the Baltimore Sun that it’s “a hazmat situation,” and the Sun reported that a possible tuberculosis contamination is the cause.

“Employees were in the area when the incident occurred, and these employees have been isolated and are expected to be evaluated by the fire department. As a cautionary measure, both Cancer Research Buildings have been evacuated. So far, all indications are that no other individuals have been exposed, however the buildings will remain evacuated until cleared by public safety officials,” she added.

Hospital employees said that a fire alarm was pulled and they were told to evacuate. Employees told WBAL-TV that they were told not to walk down one hallway.

“Tuberculosis (TB) is a potentially serious infectious disease that mainly affects your lungs. The bacteria that cause tuberculosis are spread from one person to another through tiny droplets released into the air via coughs and sneezes,” says the Mayo Clinic’s website.