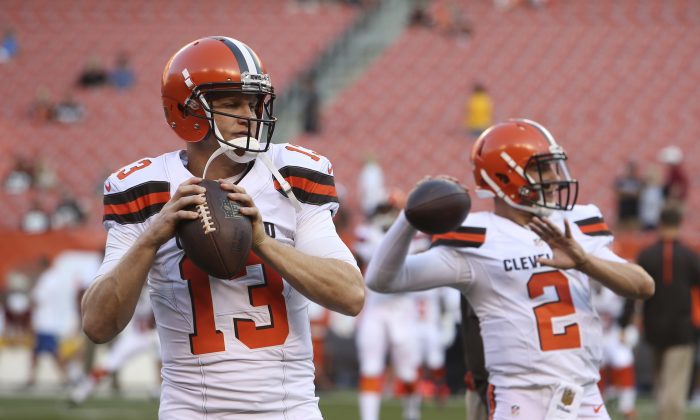 Johnny Manziel, the Cleveland Browns quarterback, was the victim of a harsh facemask during the game against the Pittsburgh Steelers. Steelers linebacker Arthur Moats grabbed Manziel’s facemask and twisted his entire body around. Manziel’s helmet came off, and he popped right back up after the facemask. However, he dropped to the ground afterwards.

Johnny Manziel neck was about to get ripped off!

I’ve never seen anyone’s head twisted as much as Johnny Manziel’s just was by this facemask penalty. Jeez! #Browns #NFL #360

Before the game, Browns coach Mike Pettine said Manziel still needs to prove himself to be the starter.

In the first quarter, Manziel made a bizarre, errant pass.

“OK, having never played quarterback in the NFL maybe I’m not the go-to source for advice here, but as far as I know being able to hold onto the ball is a pretty key quality coaches look for in a quarterback. Pettine probably won’t care for this,” SBNation noted.