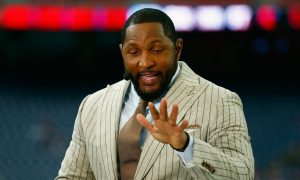 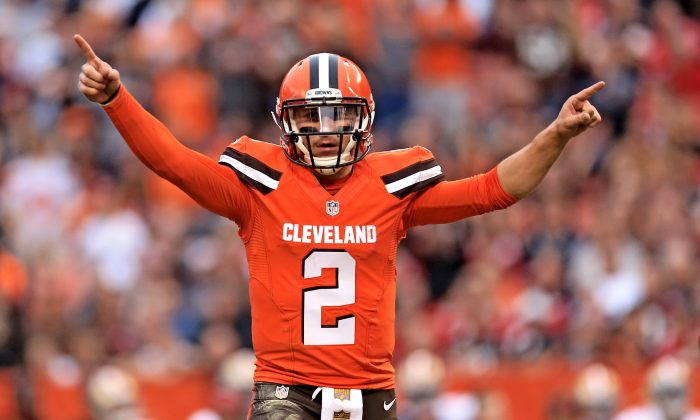 Free agent quarterback Johnny Manziel is still looking for a team to play for in 2016. (Andrew Weber/Getty Images)
NFL

The always entertaining Johnny Manziel is currently rooming with another NFL player. Just which one is the question.

According to an ESPN report, the free agent quarterback is sharing a home with former Cleveland Browns teammate Josh Gordon in Los Angeles. But Manziel, who won the Heisman Trophy in 2012 when he was with Texas A&M, told TMZ Saturday he is living with Broncos linebacker Von Miller—an Aggies alum himself. Gordon is currently suspended by the NFL, while Miller was MVP of Super Bowl 50.

Sources at ESPN, however are saying that Manziel—the 2014 first-round pick who was released this offseason and has yet to sign with another team—is staying with Gordon in an apartment off of Sunset Boulevard.

“We’re getting our lives together, bro.”

Gordon led the NFL in receiving yards in 2013 with 1,646, despite missing a pair of games. The former All-Pro missed the entire 2015 season though after violating the NFL’s substance-abuse policy. He has applied for reinstatement and is awaiting a decision from NFL commissioner Roger Goodell.

The Broncos, which lost co-starting quarterbacks Peyton Manning (retirement) and Brock Osweiler (free agency), were linked to Manziel this past week, when a pair of team sources told ESPN’s Adam Schefter that Denver coach Gary Kubiak spoke with the former Heisman Trophy winner.

Though no deal has been made, Miller seems to be in favor of Manziel becoming his teammate.

“If I had to make my decision on it, he would already be on the Broncos,” Miller told reporters Friday. “But we’ve got guys in the front office that make those decisions, and they put us in championships with those decisions.”