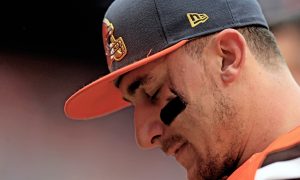 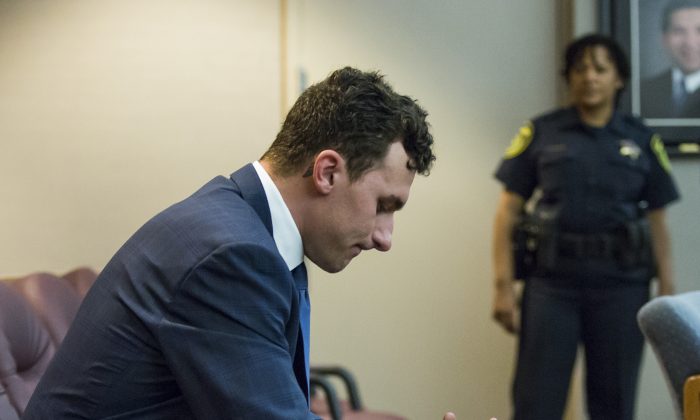 Johnny Manziel: Court Orders Former Cleveland Quarterback to Have No Contact With Ex-Girlfriend

Johnny Manziel had his day in court on Thursday and the free agent quarterback was told by Judge Roberto Canas in Dallas County Criminal Court to have no contact with ex-girlfriend Colleen Crowley, according to a report on ESPN.

The judge on Thursday also ordered Manziel to sign an affidavit saying he neither owns nor has access to firearms during Manziel’s first court appearance for domestic violence complaints.

CNN: Manziel told to stay away from ex: Johnny Manziel was ordered to have no contact with his former girlfri… https://t.co/uW92HGj33b

The court date was Manziel’s first since in connection with a misdemeanor charge coming from a domestic complaint by Crowley.

Although Manziel didn’t enter a plea defense attorney Robert Hinton says Manziel, who was booked in and then out of the Highland Park jail Wednesday and released on $1,500 bail, plans to plead not guilty.

Crowley alleged in a statement filed that sought a protective order against Manziel, that the free agent NFL quarterback hit her so hard it ruptured her ear drum and dragged her into a car against her will, on a night out back on Jan. 30.

Manziel’s misdemeanor charge is the latest in an offseason to forget, for the talented, dual-threat quarterback.

Manziel has already gone through two agents (both of which made the rare decision to fire their client), was released by the Cleveland Browns who used a first-round pick to draft him out of Texas A&M in 2014, and the former Heisman Trophy winner even lost his endorsement deal with sports apparel giant Nike.