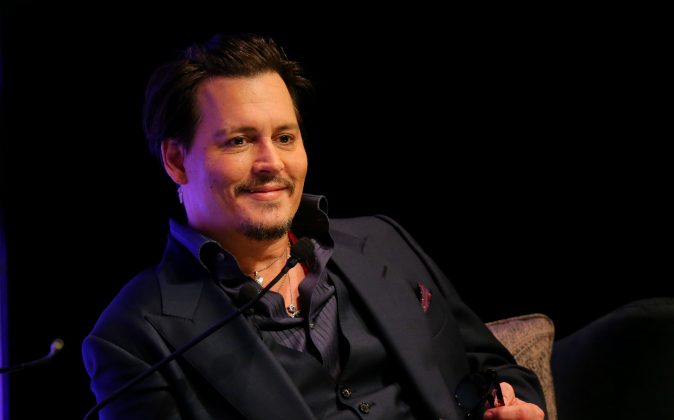 Johnny Depp is revealing his opinion on Donald Trump and presumably its in his own words.

While doing press for his latest film, “Alice Through the Looking Glass,” Depp shared his thoughts on the possibility of the Republican candidate becoming commander-in-chief.

This is the second terse comment the actor has said about Trump in recent months.

When the “Pirates of the Caribbean” actor visited students at the University of Arizona in March, he then spoke of his dislike of Trump, referring to the real estate mogul as a “brat.”

“It’s not just about being a rich kid or anything like that,” said Depp. “There’s a pretense. There’s something created about him in the sense of bullydom. But what he is, I believe, is a brat.”

Depp isn’t the only actor mentioning Trump in interviews. During an appearance on “The Ellen DeGeneres Show,” actor Alec Baldwin shared his views of the current political climate and Trump, without mentioning Trump’s name.

He added, “And the second thing, I think, is we don’t really want a president who looks like he’s been dipped in movie popcorn butter.”

In an interview with Esquire, actor George Clooney discussed the methods Trump was using to solidify his position as President as something problematic.

“That is the real problem with Trump—his ideas bleed into the rest of the world. That he says, ‘I’m gonna find every terrorist, and I’m gonna find their family, and I’m gonna execute them.’ I’m not gonna let him walk away from that. ‘I’m gonna execute a family’?!” stated Clooney. “That’s a war crime of the highest level that no one would do. When you say that, that tells all the other people, ‘Okay, well, if they’re saying that, then why don’t we?'”