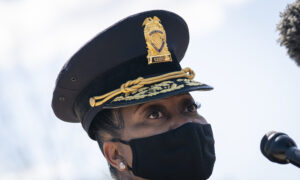 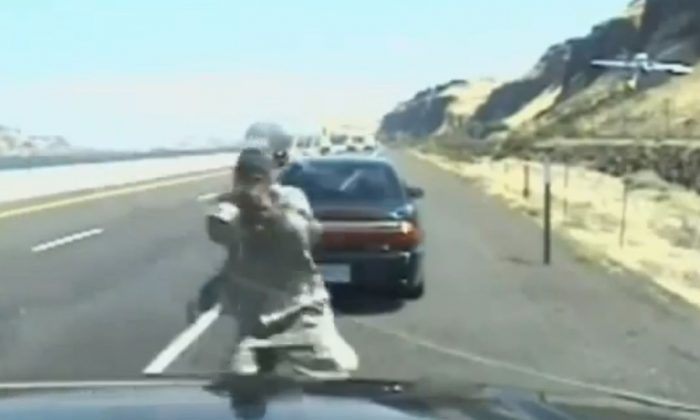 John Van Allen, an Army soldier, opened fire on Oregon State Trooper Matthew Zistel before he was shot by the officer, which was recorded on video published this week.

Footage from the dash cam of  Zistel shows Allen, who was clad in Army fatigues, pull out a pistol and fire shots at the officer. The whole incident unfolded as Allen’s 10-year-old daughter, 13-year-old son, and 15-year-old son were in the vehicle.

Zistel had pulled him over initially for speeding on Interstate 84 in late August, according to The Oregonian. Allen then stepped out of the vehicle and refused to move, despite the trooper’s requests.

“Sir, please get back in your car for me now,” Zistel told him, according to KGW-TV.

Allen then produced a handgun and fired shots at Zistel, wounding him. Zistel then returned fire, hitting the former soldier in the chest.

“I’ve been hit in the side. I’m okay,” Zistel is heard saying.

Allen got back into his vehicle and sped off, but police found him behind the wheel and bleeding around a half-mile up the interstate.

He was pronounced dead on the scene.

The children in the car were not injured during the shootout.

According to reports, Allen was an Army Reserve veteran and a father of five children. He worked as an engineer between 2009 and 2012.

It is unclear why he pulled a gun on the officer and fired shots.

Allen’s friend, Still Swiff Haines, told the Oregonian that she cannot understand why he shot at the officer.

“He said the kids were doing well and that he had gotten a new car, a new house and a new girlfriend and everything was working out for him,” she told the newspaper.