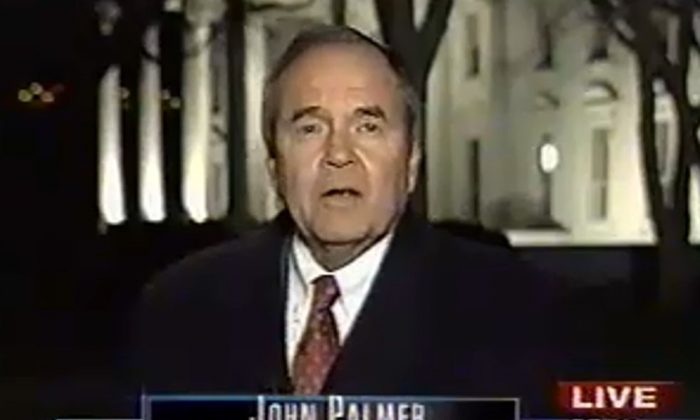 John Palmer, a longtime correspondent with NBC News, has passed away. He was 77.

NBC, in a statement, said that Palmer, whose career spanned 40 years, covered a number of significant events before he retired in 2002.

“We are deeply saddened to share the news that we have lost a valued friend and colleague. Long-time correspondent John Palmer passed away today after a brief illness,” NBC News said.

It added: “John was a brilliant, brave, and tireless journalist who guided viewers through many of the most significant events of the past half-century – from the early days of the civil rights movement through the tragedy of 9/11. He covered five presidents and traveled to every corner of the world, always showing the empathy and compassion that helped set him apart. His kindness is remembered by all of us, and it built lasting bonds throughout our news division.”

He was the National Correspondent for NBC News, covering the White House, but held a number of jobs, including anchor for “Today” from 1982-1989.

He received a number of awards including the Overseas Press Club Award and a National Emmy Award for reporting on a famine in Africa.