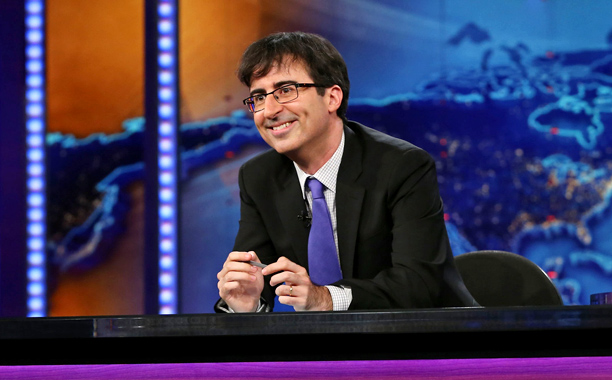 John Oliver is leaving the Daily Show for his own comedy show. His tearful goodbye happened on Thursday night.

Oliver will move to HBO for the new comedy series, which will air weekly on Sunday nights.

Oliver got the gig after performing well as a replacement for Daily Show host Jon Stewart, who took several months producing a film this summer.

“We weren’t otherwise searching for another weekly talk show, but when we saw John Oliver handling host duties on The Daily Show, we knew that his singular perspective and distinct voice belonged on HBO,” said HBO Programming president Michael Lombardo said in a statement. “We are extremely excited that John has agreed to make HBO his home.”

“I’m incredibly excited to be joining HBO, especially as I presume this means I get free HBO now,” Oliver said in a statement. “I want to thank Comedy Central, and everyone at The Daily Show for the best seven and a half years of my life. But most of all, I’d like to thank Jon Stewart. He taught me everything I know. In fact, if I fail in the future, it’s entirely his fault.”