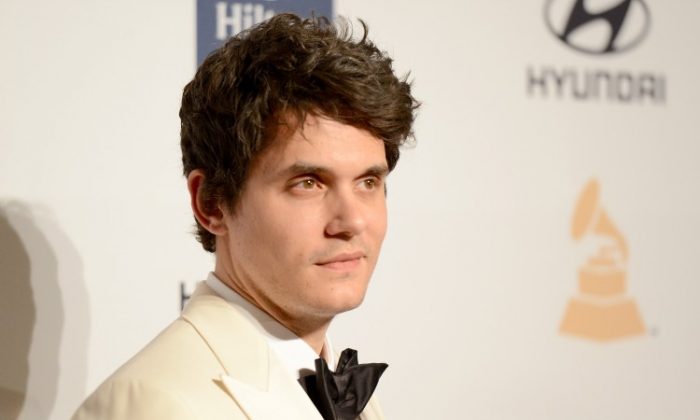 John Mayer gave a recent interview recalling his ordeal to recover his voice after months of throat problems.

Intially, doctors tried to treat the problem by injecting large quantities of Botox in his vocal cords, which left them paralyzed, he told Billboard.com. He was unable to speak for several weeks after the procedure.

“I was forced to type on my iPad to communicate anything. It wasn’t liberating. Is breaking your leg liberating? No. All complexity is gone when you don’t have a choice,” he said.

“I spent so long being terrorized, I had all but shut down the fantasy of playing music again-just so I could, you know, survive,” Mayer added.

Mayer, 35, was forced to take a long break from performing and recording after he was diagnosed with granuloma, a severe tissue inflammation of the vocal cords. He was basically mute for several months during the process, he revealed.

“I probably had contiguously three, maybe four months of not saying a word,” he said. “The endurance was tough for me, but I started a new life.”

But when he took the time off performing, he was able to recover.

“It’s hard to believe that I’m healed, but just to make sure, I keep going back every two weeks for a look, and it’s the same–if not better,” he said.

RELATED: Five Reasons to Avoid Botox – Or Any Plastic Surgery

Last week, Mayer announced that he would partake in a North American tour starting in April. He will tour to promote his 2012 album “Born and Raised,” which reached No. 1 on the Billboard 200, according to his website.

Mayer will also perform in Buenos Aires and Rio de Janeiro, and will conclude the tour in Los Angeles in October.

He was going to tour in 2012, but he needed time off for his granuloma treatment. “Granuloma forms and continues to snowball because it’s in a spot where the vocal cords hit together and there’s no way to really give it a chance to heal without a good stretch of time and some pretty intensive treatment,” he elaborated to the Huffington Post.