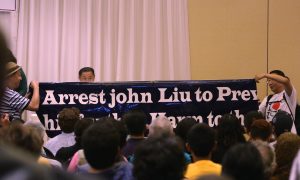 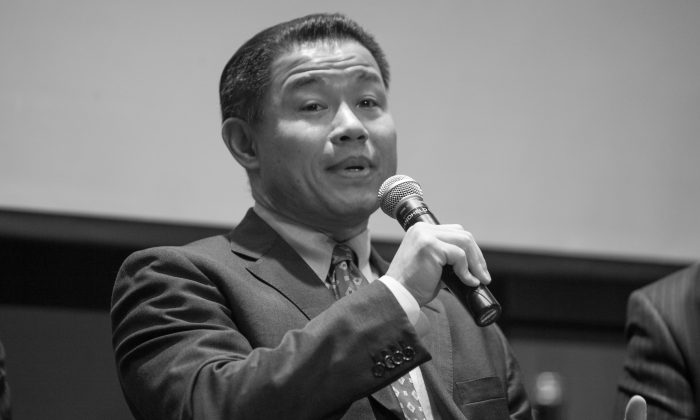 John Liu in Manhattan in 2012. He said last week in an interview with World Journal, a Chinese language newspaper, that he wasn’t “overly optimistic” about the Asian American vote, or about voters from any particular ethnic group. (Benjamin Chasteen/Epoch Times)
China

NEW YORK—John Liu expressed doubts about his chances of winning the upcoming primary for state senator, according to an interview last week with a Chinese-language community newspaper. He said that he wasn’t “overly optimistic” about the Asian American vote, or about voters from any particular ethnic group.

After meeting with Liu to discuss his views about Chinese getting into local politics, The World Journal wrote that Liu “admitted he wasn’t optimistic” about his bid against incumbent Sen. Tony Avella.

“The government and candidates will never know who the voters are going to vote for,” Liu said.

“I don’t think about any race or ethnicity differently, and I won’t give up on [winning the votes of] any racial group,” he added.

The comments came after a recent protest during a candidate forum featuring Liu and his opponent, incumbent State Senator Tony Avella. Chinese people held up signs and banners calling Liu a “swindler” and “scum of the earth,” asking for Liu’s arrest “to prevent further harm to the U.S.”

Liu Guohua, a Chinese democracy activist and one of the protesters, said of Liu: “Friends of mine who are from China don’t like him much. Friends of mine from Taiwan, they told me that they are ashamed of John Liu’s behavior.”

Liu is viewed warily in the Taiwanese community after he took a trip to China in 2007 with pro-communist community leaders. During the trip he met with a high level official responsible for monitoring and harassing people in overseas Chinese communities.

China does not acknowledge Taiwan’s independence and has been trying to bring the island under its rule since 1949 when the Chinese Communist Party prevailed in war, and China’s existing government fled to Taiwan.

The 2007 trip marked a shift for Liu toward those in the New York Chinese community with communist ties.

For instance, the Fukien American Association, which often hosts regime officials visiting from China, donated $15,000 to Liu’s campaign for the State Senate at the end of June, according to World Journal.

Oliver Pan, who worked for Liu’s campaign for mayor and was jailed in 2012 for attempting to commit wire fraud, is the former executive vice chairman of the Fukien Association. Liu’s former treasurer, Jenny Hou, jailed in the same year for similar charges, is the daughter of the president of China’s Beijing Township Association.

Liu further stepped away from the Asian American community Tuesday when he rejected an endorsement from Tim Wu, candidate for lieutenant governor, who called Liu part of an Asian American “band of brothers.” Wu, like Liu, is ethnically Taiwanese. Wu has said his late father’s fight for Taiwanese independence inspired him to run for office.

In a statement to the Daily News, Liu replied, “Just to be clear: I do not know this person, I have not met this person and I’m not interested in accepting endorsements from people I have never heard of before.”