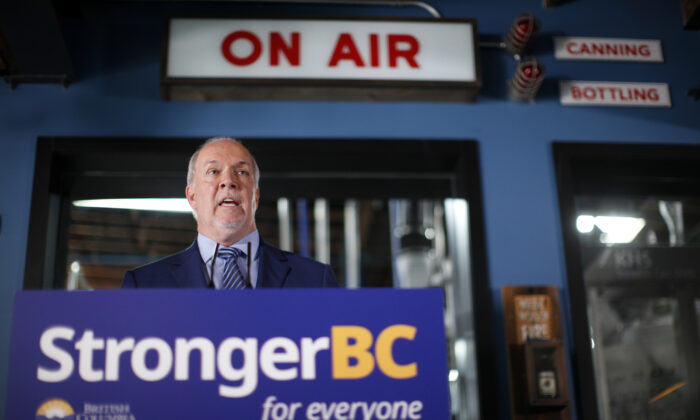 John Horgan Calls an Election in British Columbia for Oct. 24

Horgan says he grappled with the idea of calling an election but there are significant health and economic challenges facing the province.

B.C. has a fixed election date set for October 2021, but Horgan says to wait for 12 more months would be time wasted.

Liberal Leader Andrew Wilkinson and Green Leader Sonia Furstenau have questioned the need for an election during the pandemic.

The province’s minority NDP government took power in 2017 after signing an agreement with the Greens, but Horgan says political stability is needed and that is what he is seeking for the next four years.

The NDP and B.C. Liberals were tied with 41 seats each when the legislature was dissolved today by Lt.-Gov. Janet Austin, while the Greens held two seats, there were two Independents and one seat was vacant.

Wilkinson, who became Liberal leader in 2018, has been critical of the government’s response to the pandemic, saying last week that it has taken too long to roll out a $1.5 billion economic recovery plan.

Other provinces unveiled their plans months ago, he said last Thursday.

“They’re trying to stoke election fever with an economic plan.”

Horgan described the plan as building on a foundation of previously announced provincial and federal commitments aimed at recharging the economy.

“This recovery plan is just the start, the first step on a long road of recovery that we will take together,” he said in announcing details of the plan.

“We’ll continue to invest wherever and whenever we need to, to keep our economy growing and keep people safe.”

The Greens, meanwhile, announced Furstenau as their new leader a week ago when she dismissed the need for an election, arguing the agreement her party has with the NDP is working.

“John Horgan needs to recognize that an unnecessary election right now is an entirely irresponsible thing to do,” she said at the time.

Elections BC has been consulting counterparts in New Brunswick after that province successfully held an election earlier this month during the pandemic.