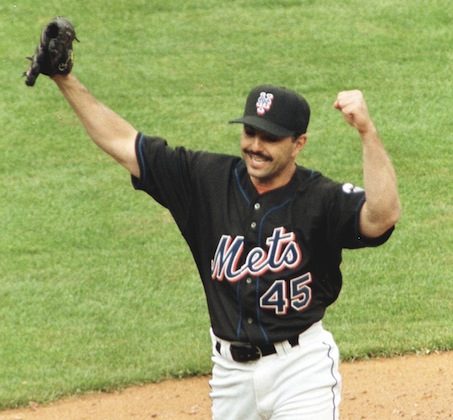 John Franco, in this file photo from 1999, will be enshrined in the Mets Hall of Fame on June 3 at Citi Field. (Matt Campbell/AFP/Getty Images)
Baseball

The New York Mets announced retired closer John Franco will be inducted into the Mets Hall of Fame on June 3, prior to the 1:10 p.m. game against the St. Louis Cardinals.

Franco, who still works for the Mets as a club ambassador, called the recognition, “a tremendous honor,” according to a statement from the Mets.

“John set a very high standard during his career both on and off the field,” Mets COO Jeff Wilpon, who serves as ex-officio for the Selection Committee said in a statement. “It’s great that during our 50th anniversary season we can have John—a true New Yorker in every sense—inducted into the Mets Hall of Fame.”