Pang Anchang Saves a Woman and Her Baby
0 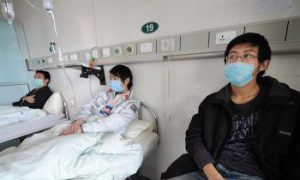 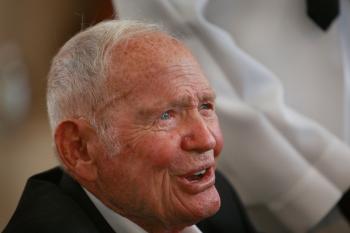 John Finn, who received the Medal of Honor in the Pearl Harbor attack, died at 100 this Thursday, May 27.

John Finn, who received the Medal of Honor for courageously securing an exposed machine gun post in the Pearl Harbor attack, died at 100 in a nursing home in Chula Vista, California, this Thursday, May 27.

The Medal of Honor is the most prestigious award a person can receive on the battlefield. Of the 15 servicemen who received the Medal of Honor for heroism during the attack by the Japanese on Pearl Harbor, Finn was the only one left who lived into the 21st century. Lt. Finn served 30 years in the Navy.

On the morning of Dec. 7, 1941, the Japanese attack on Pearl Harbor woke Finn up from sleep. He drove to the base and took control of a machine gun post and vigorously returned enemy fire. He had no cover, and was shot multiple times. Finn stayed at his post, and only sought medical attention when ordered, according to genealogytrails.com. Finn needed two weeks in the hospital to recover from his wounds.

Adm. Chester Nimitz, commander in chief of the Pacific Fleet, honored Lt. Finn by presenting him with the Medal of Honor on Sept. 15, 1942.

"Like many of those who have served our nation with such distinction, Lt. Finn often said that he never intended to be a hero. Instead, he felt that he was simply doing his duty. But his modesty does not diminish his extraordinary conduct—or the incredible example he has set for our men and women in uniform and for all Americans. I had the privilege of meeting Lt. Finn last year, and I was struck by his warmth and humility. As we mark Memorial Day, and pay tribute all who have fallen in defense of this nation, the passing of Lt. Finn is a reminder of the sacrifices that generations have made to preserve the freedoms we hold dear,” said President Barack Obama in a statement.

The funeral service for Lt. John William Finn will be held at El Cajon-Lakeside-Santee Mortuary, this coming Thursday. Burial will be held at the Campo Indian Reservation cemetery.