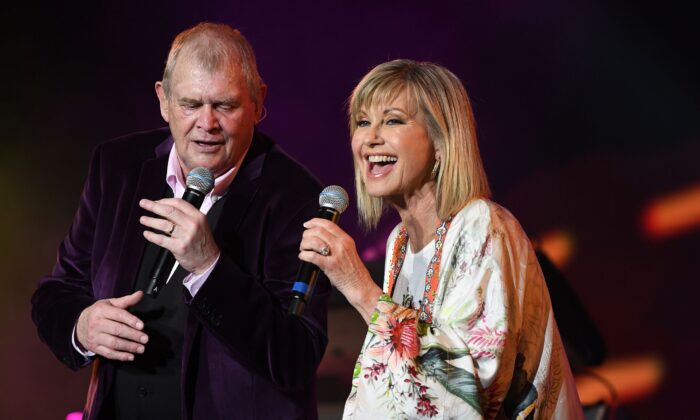 Veteran Australian singer John Farnham, 73, has been diagnosed with cancer and will undergo surgery.

“We have recently discovered that John has a cancerous growth,” his family, including his wife Jill, said in a statement on Tuesday.

“He has been admitted to hospital this morning for surgery and ongoing treatment.”

In a separate statement provided by the family, Farnham said a cancer diagnosis was something many people face each day, “and countless others have walked this path before me”.

“The one thing I know for sure is that we have the very best specialist health care professionals in Victoria, and we can all be grateful for that. I know I am,” he said.

It comes three years after Farnham was hospitalised with a severe kidney infection.

The music powerhouse previously said the health scare served as a wake-up call and prompted him to quit smoking, according to News Corp.

Farnham sang his way into Australian hearts as a fresh-faced teenager in the 1960s, but had faded into near-obscurity before his 1986 album Whispering Jack shot him back to the top some 20 years later.

The album produced one of the nation’s best-known anthems, You’re the Voice, and propelled Farnham to hero status.

He followed up Whispering Jack with his chart-topping albums Age of Reason (1988) and Chain Reaction (1990).

Farnham was born in 1949 in Dagenham, England. Aged 10 he emigrated to Australia with his family, who settled in Melbourne.

“John Farnham has been and continues to be a great Australian. He has not only provided entertainment for Australians over many decades, he also has been a contributor to the nation.”

“He’s such a big part of our story, such a wonderful person, and I wish him and his family well in what is surely a very difficult time,” Mr Andrews told reporters at the Olivia Newton-John Cancer Wellness and Research Centre on Tuesday.

A friend and frequent collaborator of Farnham’s, Newton-John died in her sleep at her California home this month, aged 73, after a recurring fight with breast cancer.

“The Farnham family send love and sympathies to Olivia’s family. Behind that iconic smile was a tenacious fighter. A beautiful voice and a loyal friend. She will be greatly missed,” Farnham’s official Facebook page posted at the time.