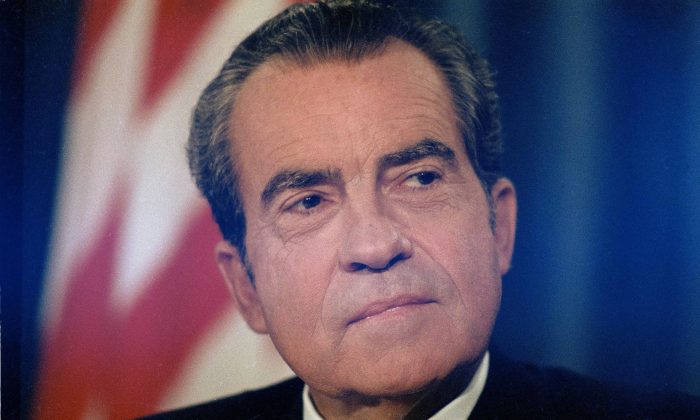 A former Richard Nixon aide reportedly said that the drug war was set up to target black people.

John Ehrlichman, who served 18 months in prison for his key role in the Watergate scandal, was Nixon’s chief domestic advisor when the president announced the “war on drugs” in 1971.

At the time, the administration cited a high death toll from drugs as well as the negative social impacts as reasons to expand federal drug control agencies. The effects of the decision are still being felt today.

Did we know we were lying about the drugs? Of course we did.
— John Ehrlichman, former Richard Nixon aide

But Dan Baum, a journalist, says Ehrlichman told him in 1994 that there were other reasons for the war on drugs.

“You want to know what this was really all about? The Nixon campaign in 1968, and the Nixon White House after that, had two enemies: the antiwar left and black people. You understand what I’m saying?” Ehrlichman reportedly said.

“We knew we couldn’t make it illegal to be either against the war or black, but by getting the public to associate the hippies with marijuana and blacks with heroin, and then criminalizing both heavily, we could disrupt those communities. We could arrest their leaders, raid their homes, break up their meetings, and vilify them night after night on the evening news. Did we know we were lying about the drugs? Of course we did.”

But people will often be incredibly honest if given the chance.
— Dan Baum, journalist

Baum included the quote in a new cover story for Harper’s Magazine called “Legalize It All.”

Baum told Huff Post that the quote didn’t fit in his 1996 book, but noted it did appear in the 2012 book “The Moment,” which features a collection of stories from various writers and artists.

Baum added that Ehrlichman seemed ready to unburden himself.

“It taught me that people are often eager to unburden themselves, once they no longer have a dog in the fight,” Baum said. “The interviewer needs to be patient sometimes, and needs to ask the right way. But people will often be incredibly honest if given the chance.”