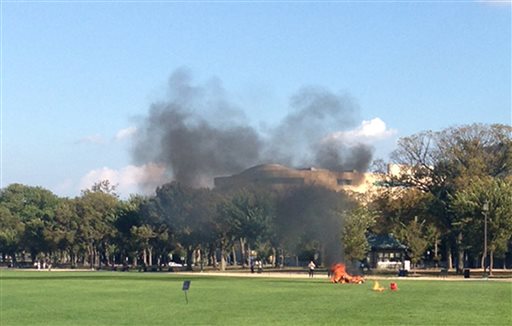 In this photo provided by Katy Scheflen, people run to a man who set himself on fire on the National Mall in Washington, Friday, Oct. 4, 2013. The reason for the self-immolation was not immediately clear. (AP Photo/Katy Scheflen)
US

John Constantino ID’ed as Man Who Set Himself on Fire in Washington, DC

John Constantino has been identified as the man who set himself on fire at Washington D.C.’s National Mall on Oct. 4.

Constantino later died of his injuries in the hospital. He was transported via helicopter to a hospital.

He poured contents of a red canister of gasoline, then set himself on fire around 4 p.m.

Joggers who were passing by took off their shirts and beat the flames down, but it was ultimately too late.