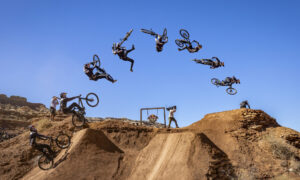 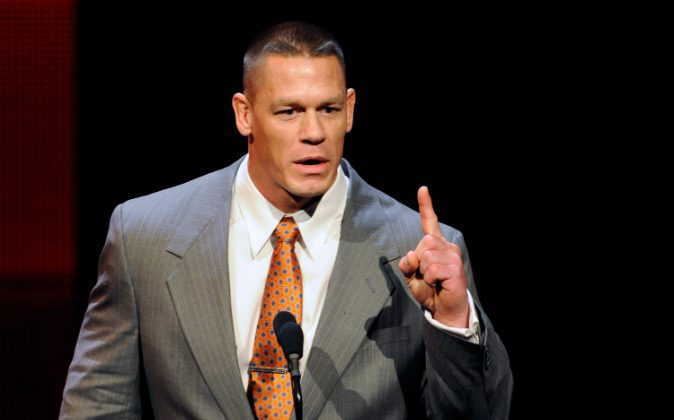 John Cena is the host of this year’s ESPY Awards.

Cena has been dropping hints all week and has finally confirmed the news on his Facebook page.

“It is truly an honor to be named host of the 2016 ESPYS,” Cena said in an official release from ESPN. “Not only will the biggest names in sports and entertainment come together to recognize some of the most spectacular athletic performances of the year, but we’ll also raise funds for The V Foundation to further much-needed cancer research.”

The charitable Cena has granted more than 500 wishes with the Make-A-Wish Foundation—more than any other celebrity.

“John is not only a superstar athlete and entertainer, but also a motivational force who inspires fans across the globe,” said Mandt. “John approaches all of his endeavors with energy, enthusiasm and passion so we expect him to bring a new level of excitement to the night’s celebration.”

Watch: NASCAR Reporter Whips WWE Wrestler John Cena in the Face With Her Ponytail at Daytona 500

Though Cena is inexperienced in hosting any awards ceremony, the wrestling star is looking to bring his own flair as host.

“It’s going to be different. It’s not really my style to go into this and just trash everybody. That’s not the way I do business. I hope that’s not the way it works out,” he said in an interview with ESPN.

Cena added, “I appreciate these athletes and I know they are heroes to many people, including myself, and it’s not like I’m going to go in there trying to be too cool for school and try to be way smarter than the room. I’m going in there as appreciative of the athletes as everyone watching the show.”

The ESPYS will broadcast live on ABC Wednesday, July 13, at 8 p.m. ET from Microsoft Theater in Los Angeles.