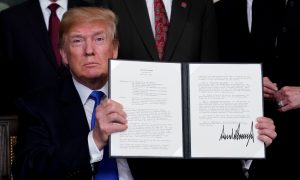 Trump Sets Into Motion $50 Billion in Tariffs on Chinese Goods. How Will China React?
0 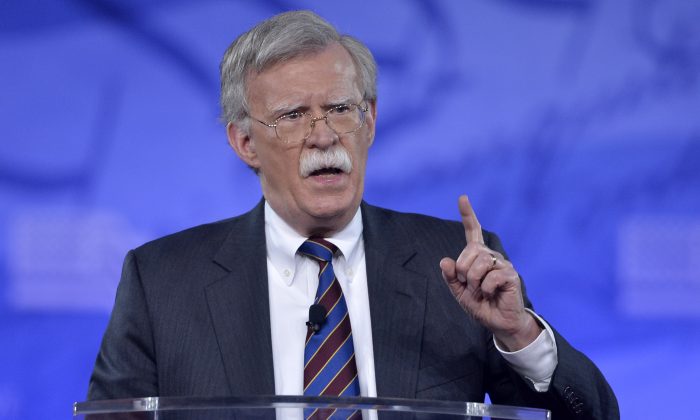 Decades of a conciliatory approach by the United States toward China could be finally coming to an end, as President Donald Trump has tapped John Bolton to be the next national security adviser.

With a single March 22 tweet, Trump ousted H.R. McMaster and announced that Bolton will be taking over the most powerful national security leadership role in the country on April 9. The change has long been speculated by many and is the latest in a string of personnel changes that Trump had made recently.

Both in those official capacities and also in his later career as a TV and media personality, Bolton has distinguished himself as one of the nation’s most hardline foreign policy voices. He has consistently advocated hawkish responses in dealing with aggression by foreign regimes, including Iran, Russia, Syria, North Korea, and China.

It is Bolton’s hardline view toward China that could lead to the most consequential change to U.S. foreign policies and strategies in the years ahead, observers said.

“I think unlike many established China specialists [in the United States], John Bolton recognizes very clearly that we are entering a new era where the reconciliatory style of diplomacy with China from Nixon-Carter era is long-dead,” said Arthur Waldron, Professor of International Relations at the University of Pennsylvania.

“Bolton understands there are structure differences between the United States and China that are irreconcilable—that is, unless China undergoes some fundamental changes,” said Waldron. “He will be more robust and will not be afraid of China’s threat of war.”

Bolton is also well known for his strong support of Taiwan, which he has visited frequently. He has repeatedly called for U.S. decision makers to formally resume diplomatic relations with the democratic island nation.

“[Diplomatic] negotiation should not mean Washington gives and Beijing takes. We need strategically coherent priorities reflecting not 1972 but 2017, encompassing more than trade and monetary policy, and specifically including Taiwan. Let’s see how an increasingly belligerent China responds,” Bolton wrote in the Wall Street Journal in January 2014.

June Teufel Dreyer, Professor of political science at the University of Miami, said that she expects Bolton to make full use of the newly-enacted Taiwan Travel Act to encourage exchanges of officials at the highest levels between Taiwan and the United States.

The passage of the Taiwan Travel Act had been sharply criticized by the Chinese communist regime’s officials and state media, who claimed that the act violates the “one-China principle,” which the United States calls the “One China Policy” and interprets differently. Bolton, however, has said on numerous occasions that the policy is inherently ambiguous and the United States should strengthen its alliance with Taiwan regardless of Beijing’s protests.

Dreyer also said that as the new National Security Adviser, Bolton would likely push forward for more regular, high-profile freedom of navigation operations in the South China Sea, which would directly challenge Beijing’s aggressive island building and sovereign claims over the disputed water.

Bolton joins a Trump national security team that has seen a number of changes to top personnel recently that could indicate a clear shift toward a hardline U.S. response to China’s growing aggression and military buildup.

Secretary of State Rex Tillerson has recently been sacked and will soon be replaced by CIA chief Mike Pompeo, a former Congressman who is also known for his hawkish stance toward China’s aggression.

Trump’s chief trade adviser, Peter Navarro, known for espousing a hardline view toward U.S. relations with China on trade and other issues, is also set to have a greater influence on the administration following the departure of Gary Cohn, another top economic adviser who favors a conciliatory approach to China.