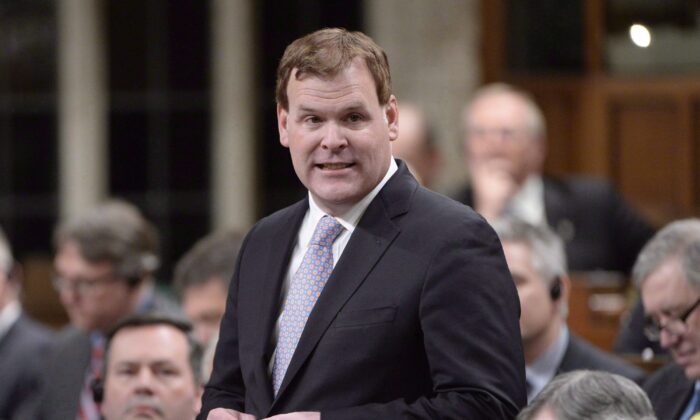 Baird, who served as a senior minister in Stephen Harper’s government, is being urged to run by Conservatives who are dissatisfied with the current lineup, in which his former cabinet colleague, Peter MacKay, is presumed to be the front-runner.

The pressure on Baird has ramped up amid some early stumbles by MacKay’s campaign.

Baird says he wants to contribute to creating what he calls “a true blue” agenda that can appeal to voters in all corners of the country.

Last week, Alberta Premier Jason Kenney confirmed that he’d talked about the leadership to Baird, whom he praised as an experienced, bilingual, principled Conservative who would make “a very compelling candidate.”

“I think like all Conservative party activists, I’m obviously taking calls, weighing my options and haven’t made any decisions. … I haven’t ruled anything out but obviously it’s getting late into the contest so we’ll take it one day at a time.”

Baird had been chairing Pierre Poilievre’s leadership campaign, until the Ottawa MP pulled out last month.

He was also tapped by outgoing Leader Andrew Scheer to conduct a post-mortem of last fall’s election campaign and determine why the Conservatives failed to defeat Justin Trudeau’s Liberals. His report has been given to Scheer but not shared publicly.

Baird told The West Block that “some of the social issues were definitely losers at the doorsteps”—an apparent reference to Scheer’s inability to put to rest questions about his stance on abortion and same-sex marriage. But he also said there were “many, many reasons” the party came up short, including the fact that it was hard to pick up seats in Ontario “when the economy is doing well”—for which he credited Doug Ford’s Progressive Conservative government.

He noted that the party “failed remarkably in Ontario and in the Greater Toronto area” and said it needs to “have vision that can appeal to people in the suburbs of every city in this country. We need to put together a new coalition.”