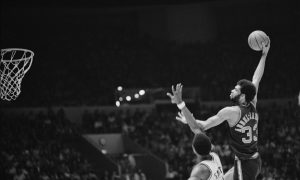 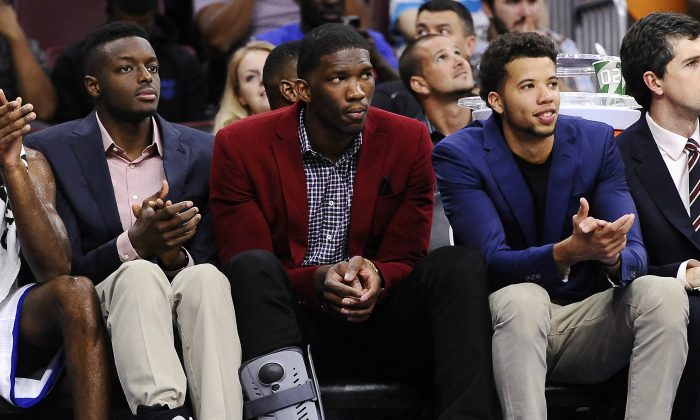 The Injured Joel Embiid: The Next Greg Oden or Nerlens Noel?

With the news out of Philadelphia that rookie center Joel Embiid’s right foot stress fracture, which caused him to miss all of the 2014–15 season, hasn’t healed as much as anticipated, the 76ers are left with the reality that they may have completely whiffed with the third overall pick of last year’s draft.

Although it’s only been a year for the multitalented 7-footer sitting on the bench, Embiid’s short injury history extends back to his lone season at Kansas in 2013–14 when he missed the final six games of the season with a back injury.

Oden, like Embiid, was considered to be the NBA’s next franchise center coming out of Ohio State in 2007. Unlike Embiid, though, there were no major injuries detected during his pre-draft workouts and the 7-footer was then selected first overall—just ahead of Kevin Durant—by the Portland Trail Blazers.

Oden, like Embiid, had had an injury slow him down at college (torn right wrist ligaments), but the injury only made him more coveted by NBA scouts as he learned to shoot everything left-handed—including free throws.

But less than three months after the 2007 NBA Draft, Oden underwent microfracture surgery to repair cartilage damage on his right knee.

The next season, 2008–09, Oden finally made his long-awaited NBA debut. But on that day, Lakers center Andrew Bynum landed on his foot and Oden missed two weeks because of it. He would miss another three weeks after chipping his left patella the following February.

The next season started out with Oden at his finest, averaging 11.1 points, 8.5 rebounds, and 2.3 blocks per contest through the first 21 games. But on Dec. 5, 2009, Oden landed awkwardly on his left leg—without contact—and fractured his left patella.

He would miss the rest of the season, the whole next offseason, and the next year’s preseason before finally going through microfracture surgery on that same left knee in November 2010. He would miss the entire 2010–11 season because of it and didn’t re-enter the league until Miami picked him up for 23 games in the 2013–14 season—nearly four years later.

Oden’s tragic story is certainly the worst-case scenario and the major reason that Embiid, who was considered the top pick in the 2014 draft until the stress fracture was revealed, then slipped to the third pick.

But not all players are made the same.

On the Sixers side of history is fellow center Nerlens Noel, who tore his left ACL in college and slipped from the perceived top pick in the draft to being taken sixth overall by Philadelphia. After missing all of the 2013–2014 season, Noel played in 75 games this past season, averaging 9.9 points, 8.1 rebounds, and 1.9 blocks per game.

Should Embiid recover, the Sixers will have a nice 1-2 punch down low with him and Noel. The question is, for how long?