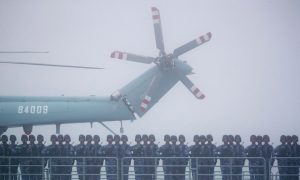 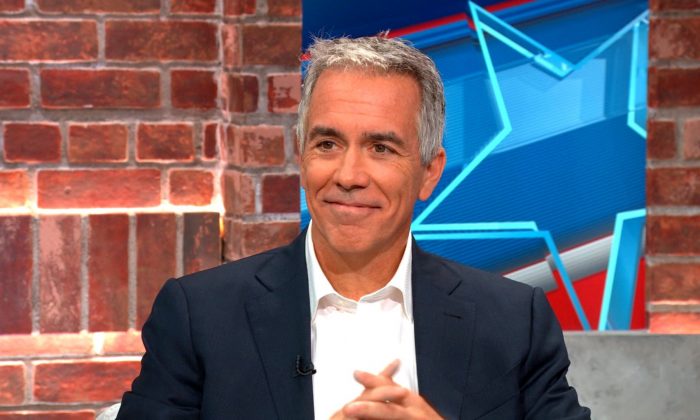 New Republican presidential candidate Joe Walsh said that he was dropped from his national radio show after announcing his challenge to President Donald Trump.

“I just found out that I lost my national radio show, so that’s gone,” Walsh, 57, told CNN anchor John Berman. “But I figured that might happen.”

He said that up to 90 percent of the audience for the show supports the president, an estimate close to polls that show strong Republican support for Trump.

“No more radio show, but that’s OK,” Walsh said. “I’m going to campaign full time. … This was a difficult thing to do, yes, but I believe it’s urgent because this president is a danger. We cannot let him get elected for another four years.”

On “AC360,” @WalshFreedom tells @JohnBerman, “I just found out that I lost my national radio show. So that’s gone.”

Walsh: “I don’t know why. I just got a notice before I came in the studio.” pic.twitter.com/t8W1OF99Yr

According to Radio Ink, Salem Radio Networks, which syndicates the radio show, is canceling distribution of the show on Sept. 26.

Walsh pushed back after CNN anchor Alisyn Camerota noted the high approval numbers for Trump as well as his “huge war chest.”

“Are you doing this to just cause some sort of groundswell, like you just said, or do you actually think that you stand a chance against President Trump?” she asked.

He said he waited for someone else to step up but nobody did.

“And if we don’t, I realized this past week, the Republican Party’s going to regret it. But the country will be in danger.”

Camerota then turned to some of Walsh’s past posts on Twitter, including one from 2017 that said: “We lowered the bar for [President Barack] Obama. He was held to a lower standard, because he was black.”

Walsh said he was pushing for free speech but admitted he sent around 300 tweets he regrets.

“All I could do is do what we’re doing now, go through them one by one and apologize for some. That I used language in there, that tweet I shouldn’t have used, yes,” he said about another one in which he called Obama a Muslim.

Walsh said on ABC that he didn’t think Obama was a Muslim, adding, “I have apologized for that and that’s not an easy thing to do.”

“I think it’s a weakness not to apologize. I have—I helped—I helped create Trump. There’s no doubt about that, the personal, ugly politics. I regret that. And I’m sorry for that,” he said.

Asked if he would regret possibly weakening Trump in the primary, causing the president to lose and a Democrat to win in the general election, Walsh said he would not.

“I’m going to do whatever I can. I don’t want him to win,” he said. “I would rather get back to the place, George, where I’m sitting down next to a Democrat member of Congress and we’re arguing about capitalism and socialism, we’re arguing about ideas.”