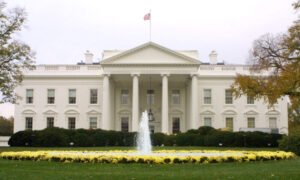 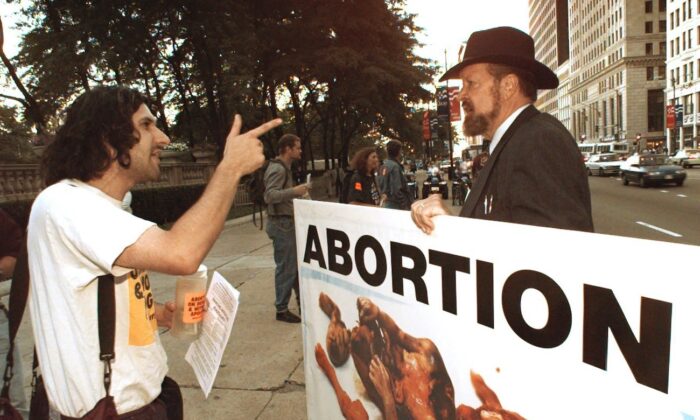 Joe Scheidler, the founder of the Pro-Life Action League, carries a sign along Michigan Ave. in Chicago, on Aug. 23, 1996. (AP Photo/John Gaps III, file)
US News

Joe Scheidler, a prominent pro-life figure who founded the Pro-Life Action League, died on Jan. 18 at the age of 93, the organization announced.

Scheidler died of pneumonia, surrounded by family at his Chicago home. He is survived by his wife, seven children, twenty-six grandchildren, and one great-granddaughter.

He was widely known as the “Godfather of Pro-Life Activism,” according to the organization.

“Joe began his life’s work fighting abortion in 1973, shortly after the Roe v. Wade decision, and founded the League in 1980 to recruit and equip pro-life Americans to be a voice for unborn children in their own communities throughout the country and the world,” the Pro-Life Action League said in a statement. “Countless pro-life volunteers and leaders alike credit Joe with having inspired them to join the movement.”

Eric Scheidler, Joe’s oldest son, who is now the Pro-Life Action League’s executive director, said in a statement, “My father’s proudest accomplishment was the pro-life work of those he inspired to take an active role in the fight against abortion, the greatest injustice of our time. For years, people have been telling me about the talk or protest where they met my father, and how his words and example prompted them to do more than just talk, but to take responsibility for addressing the injustice.”

Scheidler served in the U.S. Navy as a military policeman at the end of World War II, after which he earned a bachelor’s degree in communications at the University of Notre Dame and a Master’s Degree at Marquette University. He spent eight years studying for the Catholic priesthood at St. Meinrad Seminary in Indiana. He later served as a teacher at Mundelein College. In 1965, he led a group of students to march with Martin Luther King, Jr. from Selma to Montgomery.

“It’s fitting that my father died on the day when Americans remember the legacy of Martin Luther King,” Eric said. “Seeing the impact that regular Americans could have by taking action against racial injustice inspired my father to mobilize Americans in the same way in the fight against the injustice of abortion.”

Eric told the Chicago Sun-Times on Monday that his father “devoted five decades of his long life to proclaiming the value of human life at its most vulnerable stage, the child in the womb.”

Scheidler was at the center of a legal battle with the National Organization for Women (NOW v. Scheidler) that led the U.S. Supreme Court to decide that a federal law against extortion was improperly used to punish pro-life demonstrators, the website says.

“Now we can go on protesting and counseling at the clinics, doing the things that we do,” Scheidler told The Associated Press in 2003 following the high court’s decision. “We’ll have much more freedom.”

According to the Pro-Life Action League, Scheidler’s 1985 book “CLOSED: 99 Ways to Stop Abortion” became the “manual for pro-life activists throughout the world.”

Separately, on Jan. 17, President Donald Trump called the Roe v. Wade decision Supreme Court decision “constitutionally flawed.” The decision led to laws that have allowed the termination of the lives of tens of millions of unborn babies.

“This constitutionally-flawed ruling overturned State laws that banned abortion, and has resulted in the loss of more than 50 million innocent lives,” Trump said in a proclamation.

“But strong mothers, courageous students, and incredible community members and people of faith are leading a powerful movement to awaken America’s conscience and restore the belief that every life is worthy of respect, protection, and care.

“Because of the devotion of countless pro-life pioneers, the call for every person to recognize the sanctity of life is resounding more loudly in America than ever before. Over the last decade, the rate of abortions has steadily decreased, and today, more than three out of every four Americans support restrictions on abortion,” he said.