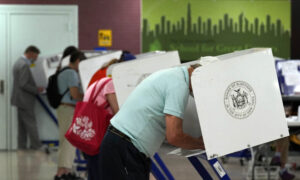 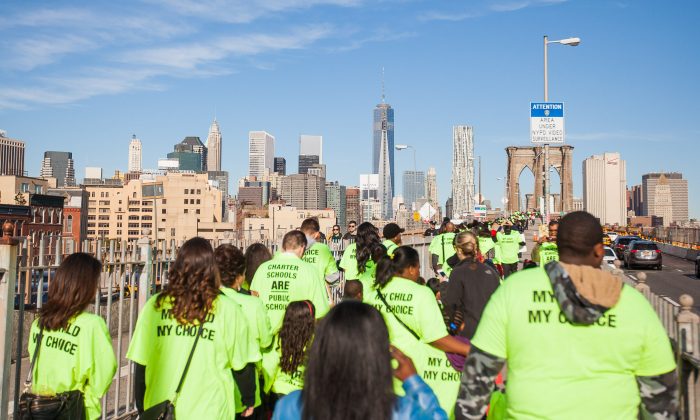 Thousands of parents, teachers, and students marched across the Brooklyn Bridge last week in protest of de Blasio’s charter school stance. Lhota, who has vowed to double the number of charter schools if elected, took part in the rally.

The ad uses images from the rally with a parent saying she would not vote for a candidate who did not support charter schools.

“Bill de Blasio has lost me,” the parent, who is unnamed, said in the ad. “He has lost my attention, totally, because of this outrage.”

“This ad captures how upset New Yorkers are about Bill de Blasio’s opposition to charter schools,” said Lhota spokeswoman Jessica Proud said in a statement. “Joe was proud to stand with the 20,000 parents and children who marched in support of charter schools and the hope they are providing for students. Mr. de Blasio is more concerned with protecting the status quo of the special interests than giving parents the school choice they deserve.”

The candidates will appear together for the first debate of the general election season on Tuesday.