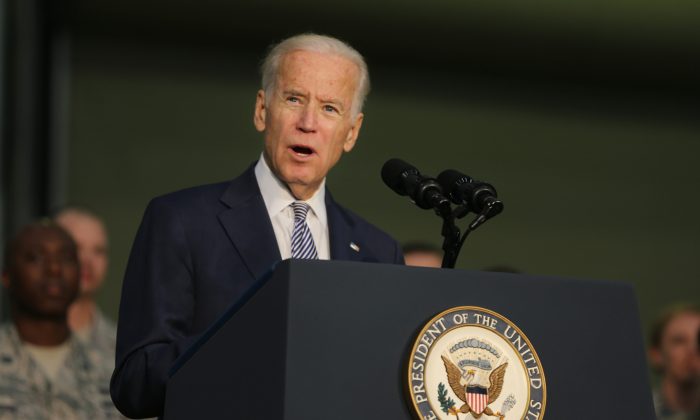 Joe Biden, the U.S. Vice President talks to the U.S. military personnel at an Air Base in United Arab Emirates. (Kamran Jebreili, /AP/FilePhoto)
US News

The niece of former Vice President Joe Biden was not sentenced to jail after racking up over $100,000 on a stolen credit card.

Caroline Biden, 31, was instead sentenced to two years of probation on Thursday.

Biden told Justice Curtis Farber of the Manhattan Supreme Court that she was sorry.

“I not only acknowledge my conduct and take responsibility but deeply regret the harm caused,” she said, reported the New York Post.

“I can assure you that I have made amends, full restitution, completed community service, and that nothing like this will ever happen again,” she said.

Biden, a Georgetown University graduate, completed 10 days of community service at a children’s hospital and paid restitution of $110,810.

“I can assure you that I have made amends, full restitution, completed community service and that nothing like this will ever happen again" https://t.co/oAlFOQnATX

Biden was given the card and permission to spend up to $672 but instead spent tens of thousands of dollars.

The cardholder was not identified in court.

According to the Post, Biden has been in trouble with the law before. She was handcuffed after fighting with a roommate in 2013 over their unpaid rent at a $3,500-a-month apartment in Tribeca. She swung at police officers during the arrest.

“I shouldn’t be handcuffed!” she yelled to police at the time. “You don’t know who you’re doing this to!”

Those charges were later dismissed and sealed.