Hawley: 'We Must Call Hunter Biden, We Probably Need to Call Joe Biden'
0 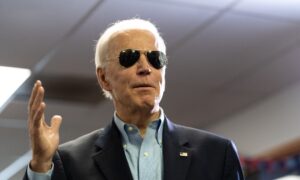 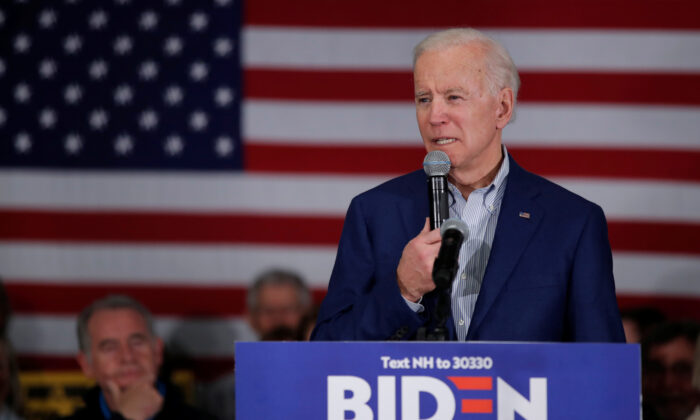 Joe Biden Says He’s ‘Only Getting Started’ After Losing in Iowa, New Hampshire

Former Vice President and 2020 candidate Joe Biden downplayed his poor showings during Iowa caucuses and New Hampshire primary, saying he is “only getting started” as the campaign trail moves to South Carolina and Nevada.

Biden, who was considered the front-runner for the Democratic presidential nomination for much of the election cycle, is looking to bounce back after finishing in fifth place and with no delegates in New Hampshire. Nevada’s caucuses are on Feb. 22 and South Carolina’s primary is on Feb. 29. After those two contests, it’s the make-or-break Super Tuesday states that vote on March 3.

“We’re moving into an especially important phase because up ’til now we have not heard from the most committed constituency in the Democratic Party, the African American community, and the fastest-growing segment of society, the Latino community,” Biden said on Wednesday about campaigning in South Carolina and Nevada.

On Tuesday night, Biden had traveled to South Carolina and touted his electability to supporters, suggested that it is only he who could beat Republican President Donald Trump.

“I’ve said many times: You can’t be the nominee, you can’t win the general election as a Democrat unless you have the overwhelming support of black and brown voters,” he told a crowd.

At the same time, Biden described himself as a longtime ally of the black community. “Too often, your loyalty, your support, your commitment to this party have been taken for granted,” he also said. “And I give you my word as a Biden, I never, ever, ever will.”

On top of his comments, Biden’s campaign rolled out a new advertisement and campaign slogan: “This is only getting started.”

“We have a tremendous opportunity to take the next great step forward. We don’t feel no ways tired. We’ve come too far from where we started,” the former vice president is heard in the ad. “Nobody told me the road would be easy, and I don’t believe he brought me this far to stop now.”

He got about 16 percent of the vote in Iowa and around 9 percent in New Hampshire, where he finished behind Sens. Bernie Sanders (I-Vt.), Amy Klobuchar (D-Minn.), and Elizabeth Warren (D-Mass.), as well as former South Bend Mayor Pete Buttigieg.

Over the past several months, Biden’s name has been brought up numerous times by lawmakers and Trump during the impeachment inquiry and trial against the president. Trump was accused of withholding aid to Ukraine in exchange for investigations into Biden and his son, Hunter, who had sat on the board of a Ukrainian energy company, Burisma Holdings. Trump and GOP lawmakers said that the younger Biden’s role at the company, which has for years been accused of corruption, was an indicia of corruption, which both Bidens have denied.