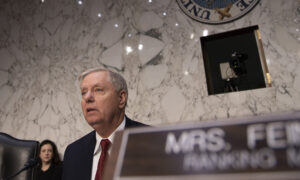 Lindsey Graham: ‘Loves’ Joe Biden, But ‘None of Us Are Above Scrutiny,’ Begins Investigation
0 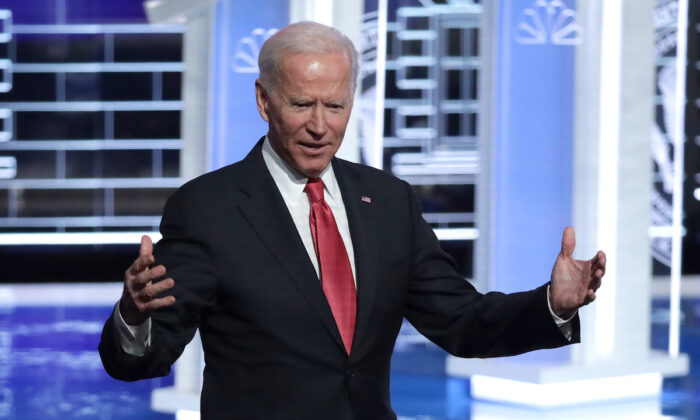 Joe Biden Says He Would Consider a Republican for Running Mate

Former Vice President Joe Biden told voters in New Hampshire on Monday he might consider a Republican as his vice president.

“I can’t think of one right now,” he told reporters, adding that he is considering a woman for his running mate.

Biden’s campaign wasn’t available for comment as of publishing time. This story will be updated if his campaign responds.

“Our 21-year-old son said the other night, ‘I wonder if Joe Biden would consider choosing a Republican as a running mate,” a woman told the former vice president in New Hampshire on Monday, according to CNN.

“The answer is I would, but I can’t think of one now,” Biden told the woman. “Let me explain that. You know there’s some really decent Republicans that are out there still, but here’s the problem right now … they’ve got to step up.”

Biden later said that “there are some really decent Republicans that are out there still, but here’s the problem right now of the well-known ones: They’ve got to step up.”

Previously, he has said he would pick someone for his running mate who is a person “of color and/or a different gender.” He also reportedly has said he would consider Sens. Kamala Harris (D-Calif.) and Elizabeth Warren (D-Mass.) for his vice president.

“Whoever I would pick for vice president, and there’s a lot of qualified women, there’s a lot of qualified African-Americans. There really truly are. There’s a plethora of really qualified people. Whomever I would pick were I fortunate enough to be your nominee, I’d pick somebody who was simpatico with me, who knew what I, what my priorities were and knew what I wanted to,” Biden said Monday. “We could disagree on tactic, but strategically we’d have to be in the exact same page.”

In modern U.S. history, no presidential candidate has had a running mate from the opposing party. The late Sen. John McCain, a Republican, reportedly had considered former Sen. Joe Lieberman, a Democrat, as his running mate, but he ultimately chose former Republican Gov. Sarah Palin of Alaska.

As reported by The Hill, Biden identified four women he could name as his pick for vice president.

Biden didn’t provide specific names but he stated that “the former assistant attorney general who got fired,” referring to former Deputy Attorney General Sally Yates, could be named as his running mate. He also noted that “the woman who should have been the governor of Georgia,” referring to Stacey Abrams, and “the two senators from the state of New Hampshire,” referring to Sens. Jeanne Shaheen (D-N.H.) and Maggie Hassan(D-N.H.), could be tapped for the position.