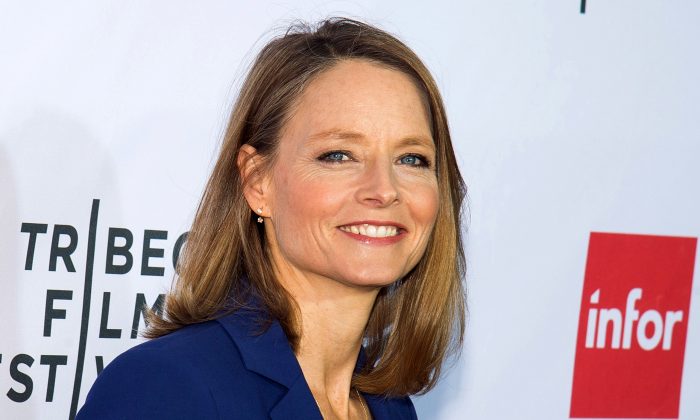 Jodie Foster on Making a Popcorn Movie With Smarts

NEW YORK—Jodie Foster is as surprised as anyone that the fourth film she’s directed, “Money Monster,” is coming out in the summer among the likes of Avengers and Angry Birds.

“I don’t spend a lot of time going to movies in the summer because there’s not a lot I want to see,” says Foster. “I think people are sick of entertainment that really is just about grabbing their ticket sales. Maybe this is an alternative.”

“Money Monster,” out May 13, stands as one of this summer’s most striking exceptions. It’s one of few wholly original wide-release films targeting adults, and one of only two major studio movies directed by a woman. (The other is Thea Sharrock’s romance “Me Before You.”)

“The movie’s very meaningful to me,” Foster said in a recent interview. “It has a lot of resonance about the modern world and my feelings about it, about failure and how wrapped up we all are in our ideas of value. All that stuff is meaningful to me, and then you wake up and go, ‘Wow, I made a popcorn movie.'”

Foster, 53, has previously directed “Little Man Tate,” ”Home for the Holidays” and “The Beaver,” but this is her first studio film (for Sony Pictures). She grants that there were “a lot of opinions to navigate” but hopes her film—a kind of combination of “Network” and “Dog Day Afternoon”—has something of Sidney Lumet’s spirit in it.

A two-time Oscar winner and 2013 lifetime honoree at the Golden Globes (where she made that famously passionate and vague speech), Foster has followed the increased attention to gender equality in Hollywood with a mix of cynicism and pride. She believes a complicated issue has been reduced to buzz words, but also that change is long overdue.

“There have always been, although not in the greatest numbers, independent female filmmakers. There’s always been international filmmakers that were women,” she says. “It really was America that was has been the last in the mainstream arena.”

One thing Foster questions is if women should even want some of the blockbuster directing jobs that nearly always go to men, but might rather pursue different types of films. “It took us this long to get here and I think women are very sensitive to not throwing away their dreams when they finally get a taste of their dreams,” she says.

“Money Monster” was shaped in important ways by its director. Roberts’s character, Foster says, “originally was just a woman who said ‘Go to one,’ ‘Go to two.'” It’s an example of the many qualities Foster—uncommonly direct, fiercely honest, uncompromising—brings to the table.

Speaking about her determination as a director, she’s typically frank.

“It’s shocking how little I’ve been able to figure out how to get movies off the ground and to find opportunities for personal films,” Foster says. “I do really want to focus on this. But you actually have to carve out the time. The acting, it will suck everything else out. You can’t squeeze in a director’s career. You have to go out on a ledge and say, ‘OK, this is what I’m doing now.'”