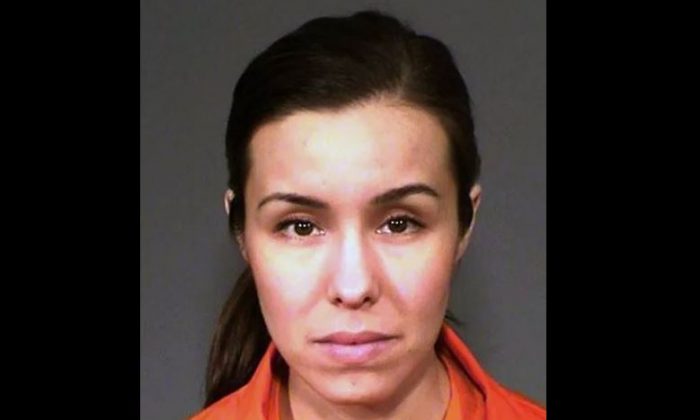 Jodi Arias in a file mugshot. (Arizona Department of Corrections)
Crime and Incidents

The attorneys filed a request in the Arizona Court of Appeals on behalf of Arias on Thursday, March 1, who is in prison for the killing of her ex-boyfriend Travis Alexander.

Court records indicate that the lawyers missed a crucial deadline to appeal the 2013 murder conviction, reported The Arizona Republic.

The lawyers said they missed the deadline because of a computer problem.

They also faced staff shortages and one of the lawyers faced a chronic health issue, they said in the motion requesting the extension.

If the extension is granted, a panel of three judges will consider the appeal after it’s lodged.

Issues with transcripts of the 125-day trial have been common, including one court reporter who complained of health problems while another said it was too much work.

The transcripts weren’t completed until April 2017.

Arias was convicted of first-degree murder in 2013.

She killed Alexander in 2008. Alexander, 30, was found dead in the shower of his home in Mesa, Arizona in June 2008. He’d been shot in the head and stabbed nearly 30 times, noted USA Today.

His throat had also been slit.

The trial was one of the most publicized in recent history.

Sentencing was held up after a jury was unable to reach a unanimous verdict on whether to sentence Arias to death or to life in prison.

A second jury was convened but after five months that jury was also unable to reach a unanimous verdict.

Judge Sherry Stephens then sentenced Arias to life in prison.

The crime “was especially cruel,” the judge said. “It involved substantial planning and preparation. … The defendant destroyed evidence … and went to great lengths to conceal her involvement.”