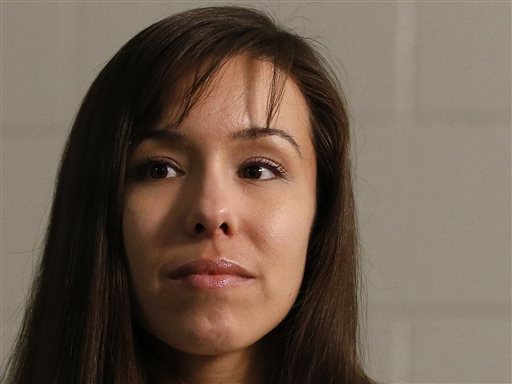 Convicted killer Jodi Arias thinks about a question asked during an interview at the Maricopa County Estrella Jail on Tuesday, May 21, 2013, in Phoenix. (AP Photo/Ross D. Franklin)
US

Jodi Arias doesn’t want any television coverage of the sentencing phase of her trial.

Arias, 34, was convicted last year of murdering her former boyfriend Travis Alexander in Mesa, Arizona in 2008.

Though she was convicted, the jury couldn’t reach a unanimous verdict, prompting a redo of the sentencing phase that’s set to start on September 29 after being delayed several times.

Arias told Judge Sherry Stephens that she objects to new motions that would permit limited television coverage of the retrial.

“The damage has already been done,” she said, referring to the media circus that ensued partly because of live video streaming during her first trial, reported Arizona Central.

But, she noted, “There is more damage that can be done.”

Stephens has already ruled out live video from the sentencing phase, and has said that video that’s shot during the new proceedings can’t air until after the entire trial is over.

The new motions include a motion filed on behalf of local television stations, asking that they be allowed to air 30 minutes of video after court ends each day.

Prosecutor Juan Martinez said he has no objection to the motion.

Stephens said oral arguments on the motion will be held on September 15.