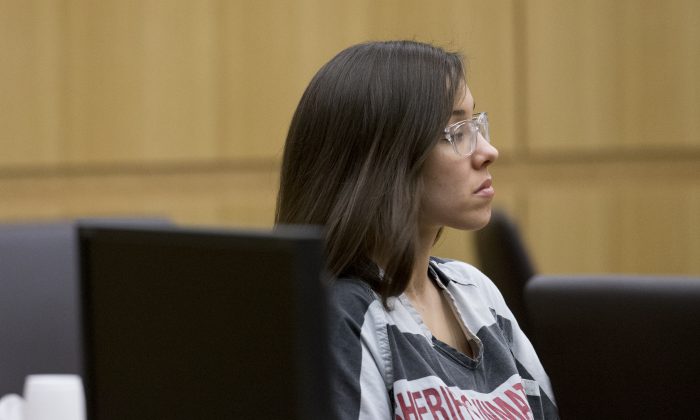 Jodi Arias went on a tirade in a recent blog post, her first for many months.

Arias was a frequent user of Twitter earlier this year and especially last year, but she declared that she was taking a break from the social media website.

The May 20 blog post is her first time saying anything online for quite a while.

Arias in her post, titled “Hypocrisy Never Ceases to Amuse Me,” railed against members of the Church of Jesus Christ of Latter-day Saints.

She said that members “are cautioned against becoming disheartened or jaded toward the church over bad behavior, hypocrisy, or outright judgmentalism of other members. Even non-members are urged not to form opinions about Mormonism as a whole by basing them on the poor examples of the few.”

But, she said, members of the church have been writing to her telling her hateful things.

Among them has been Wendy Grant, who allegedly sent her a postcard that says “get ready to die you lying, evil murderous slut,” according to a picture of the postcard that Arias posted online with the help of supporters.

Arias says that members of the church shouldn’t judge her, but that she doesn’t blame Wendy, even thoug Grant “holds herself in a position far holier than I.”

Arias was convicted of murdering her former boyfriend Travis Alexander in 2008 in Arizona, but jurors couldn’t decide on a sentence.

The sentencing phase is going to be done over, starting in September with a new jury selection.