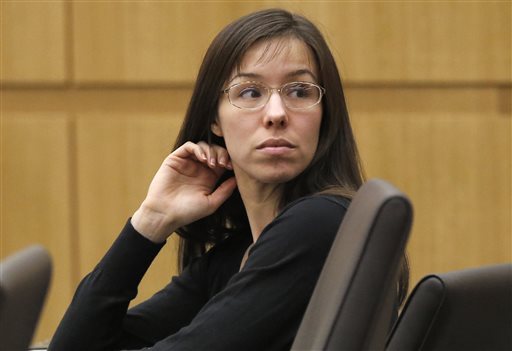 Jodi Arias Trial: Arias Due in Court on May 16 in Camera Debate

Jodi Arias id due in court on May 16 for a hearing regarding video cameras.

The prosecution and defense will each argue their cases in regards to allowing cameras inside the courtroom during the second penalty phase of the trial.

Arias was convicted of murdering her former boyfriend Travis Alexander. She committed the murder in 2008 and was found guilty in 2013.

But the sentencing part of the trial ended with a hung jury, prompting the prosecution to invoke another phase, including an-all new jury, in an attempt to get the death penalty. The alternative is life in prison, either with or without the possibility of parole.

Jury selection in the retrial is slated to begin on September 8, pushed back from April after the lead prosecutor had case conflicts.

Judge Sherry Stephens has ruled that no cameras will be allowed into the courtroom but CNN has filed a motion to allow cameras in the courtroom.

Also during the Friday hearing, Stephens will hear arguments about whether a Maricopa County Sheriff Office’s investigation of Arias’ mitigation specialist, Maria De La Rosa, can be allowed into evidence, reported HLN-TV.

De La Rose was accused of smuggling one of Arias’ drawings out of jail.

The hearing was scheduled to begin at 10 a.m. PDT.