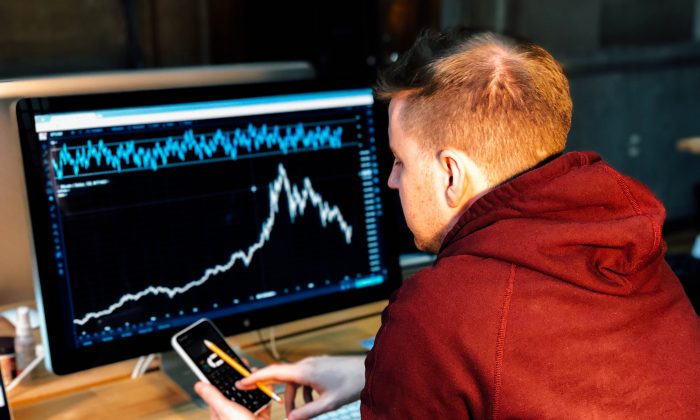 The seasonally adjusted unemployment rate ticked down to 3.6 percent from 3.8 percent, or 2/10ths of a percentage point—or 20 basis points (bps)—from last month. Nearly 4 million more people joined the labor force from March of last year, and over 7 million more found jobs since March of last year, boosting the Labor Participation Rate by 90 bps to 62.4 percent from 61.5 percent, year-on-year.

The seasonally adjusted U-6 Unemployment, at 6.9 percent in March, is down from 7.2 percent in February, and down 3.8 percentage points since March of last year.

The March jobs report disappointed somewhat in terms of raw numbers. Nevertheless, the addition of 95,000 net revisions from February and January more than compensated for the March shortcoming.

This is an important jobs report because, by happenstance of the calendar, it is the last before the Fed’s Federal Open Markets Committee, the “FOMC” meets again on May 3–4. (“Jobs Friday” for the April Jobs Report is not until May 6th.) That said, the Fed may possibly wait for a rate increase until June, when the FOMC provides its next Summary of Economic Projections (pdf), commonly known as the “dot plot,” of its projections.

The “Leisure and Hospitality” sector, where average weekly wages increased to $512/week from just $499/week in February was again the leading vector performer, with 112,000 new jobs. As mask and vaccine mandates are dropped, people are traveling and dining out more.

The other big sector performer was in Business and Professional Services. We’ve seen this traditionally in First Quarter jobs reports as companies hire on for year-end financial reporting and as firms in the financial reporting sector (CPA firms, corporate audit staffs, etc.) hire on new January and June graduates and put them to work. All sectors added jobs in March; there was no sector that lost jobs.

Trimmed mean inflation for personal consumption expenditures, less food and energy, or “Real PCE” for the Dallas Fed was at 3.6 percent, year-on-year, for February. The real PCE Price Deflator, which excludes food and fuel and is reportedly the Fed’s preferred measure of inflation, printed at 5.4 percent at an annual rate for February. The same measure, but with food and fuel, printed at 6.4 percent. Inflation expectations, as calculated by the Cleveland Fed, are rising at the highest rate since early 2019.

We were disappointed to see the Fed announce it will roll over Treasury and Mortgage Backed Securities (“MBS”) it has purchased during the pandemic, but reinvest maturing obligations into MBS. As we wrote in our February jobs report, we were hoping for the Fed to announce it would start selling the huge amount of Treasurys and MBS it has acquired since February 2020. This would have driven longer term rates higher and decreased the likelihood of a yield curve inversion we are seeing now, as we discussed in our column in December.

It’s not clear why the Fed is not selling, other than to hope to keep mortgage rates low. On March 2nd, Federal Reserve Executive Vice President Lorie K. Logan told a group at NYU’s Stern School of Business that “the Federal Open Market Committee (FOMC) has decided to end net purchases of Treasuries and agency mortgage-backed securities (MBS) in early March.” Fed Chair Jerome Powell also stated in his press conference on March 16th that the FOMC was “now in a position to finalize and implement that plan [to reduce the balance sheet] so that we’re actually beginning runoff at a coming meeting. And that could come as soon as our next meeting in May.” However, Powell added, “That’s not a decision that we’ve made.” That said, the Fed will only be letting its balance sheet “burn off” with maturities. The Fed will not “sell” them, which would affect longer-term rates and widen the yield curve, preventing the inversions we’re seeing now.

As of this morning, April 1st, the 2Yr/10Yr yield curve was just 2 bps. The 3, 5, and 7-year yield curves have already inverted vis-a-vis the 10 year. (Bloomberg reports the 2/10 inverted twice this week, once on Tuesday and again on Thursday.)

An inverted yield curve can—but not always—indicate a recession. That’s because investors are putting their free cash into longer-term government bonds—and thereby driving down longer-term rates—instead of putting their cash into riskier business investments, research and development, training, and other things that boost productivity and GDP. (Inverted yield curves have preceded every recession since 1976.)

We reiterate our view that the first half of 2022 is “risk off” and will remain so into the third and, likely, into the fourth quarter. Equity and bond values will be adversely affected as the Fed continues to normalize rates toward at least r*, the natural rate of interest. (Larry Summers, the economist, and others have stated the Fed’s rate is below the natural rate and urged rate hikes for that reason.)

Our grave concerns about Russian, U.S., and NATO policy in Eastern Europe have not been fully realized as Russian forces have slowed down their offensives. We remain hopeful, though, that negotiations will end the bloodshed.

Europe will almost assuredly slow into recession and China is flirting with sanctions both from the European Union and the United States with its furtive support of Russia. We also see the CCP (Chinese Communist Party) virus spreading further from Shanghai and shutting down additional provinces.

As we had warned in our February jobs report, U.S. efforts to undermine the Russian ruble, and even trying to destroy the central Bank of Russia (BOR), Russia’s monetary authority, amounts to economic warfare. And in all warfare, to quote former Marine General Mattis, “The enemy gets a vote.” U.S. adversaries like China, Iran, and Venezuela may join together with Russia to attempt to de-dollarize their economies. For now, Putin has demanded that Russian natural gas must be paid for in rubles, but has still assured the market that Russia will meet its contracts and offered means to convert euros to rubles. Nevertheless, Germany and Austria have warned that they may need to ration gas and told their citizens to prepare for it.

The sanctions risk de-dollarization of the global economy as Russia and its trading partners cast about for alternatives to the sanctioned SWIFT global payment network. While cryptos are one choice, the e-CNY, China’s new digital yuan, is a more stable and robust alternative. (We wrote about the dangers of the rise of the e-CNY to the U.S. Dollar here last December. We wrote how U.S. sanctions could backfire to the benefit of China on February 1st, here. Powell amplified our concerns at a Senate hearing on March 3rd.)

We’re also gravely concerned about Russia’s “super power” facility for cyberwar. Sanctioning the BOR has effectively ended liquidity in Russia, causing its markets there to collapse and to be closed for a month. One can easily imagine a cyber attack on U.S. financial markets as retaliation, and the Biden administration has so warned.

In our February Jobs Report, we advised investors to go totally “risk off” and flee to cash until the situation in Ukraine is resolved. (And by “cash,” we suggest a basket of currencies, including lesser known, but robust currencies like the Kuwaiti Dinar, New Zealand Dollars, and Omani Rial which are likely to be out of the crossfire in this conflict.)

We think now that with the Russian offensives in Ukraine largely stalled, investors can start to cautiously leg back into higher quality value stocks in an age-appropriate portfolio, with younger investors buying into some of the growth stocks that have been so badly beaten up in the first quarter.

We have increased our estimate of First Quarter Gross Domestic Product (GDP) growth to print at 1.5–2.0 percent. There has been a decided drop in consumer sentiment and outlook as indicated by the IBD/TIPP poll. We continue to have concerns about the Ukraine/Russia War and U.S. policymakers’ response to it and the risks of further escalation.

Fuel prices are still going to have a major effect on consumer spending and profits and customer rates in the transport sector. The prices will affect nearly everything in the economy that moves. We find the Biden administration’s decision to release oil from the Strategic Petroleum Reserve to be decidedly short-sighted and more about domestic politics than robust energy policy. (The reserve release will end at the end of September, which—after taking account of refining and transport time—means the release will end at or near the time of the November midterm elections. That’s politics, not policy in our view.)

U.S. Census economic data from recent weeks has improved. But with wages still falling behind consumer inflation (which is higher than the trimmed mean PCE inflation illustrated in the wage chart above), we think a lot of the economic activity, and particularly consumer spending, that had boosted much of the pandemic recovery GDP growth will decline precipitously.

Our preliminary estimate of 2020 Second Quarter inflation (2020Q2), for the months of April to June, is 1.0 percent. We’ll revise that as we report on 2022 Q1 at the end of this month and with the April jobs number in May.