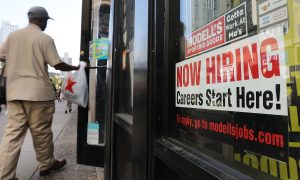 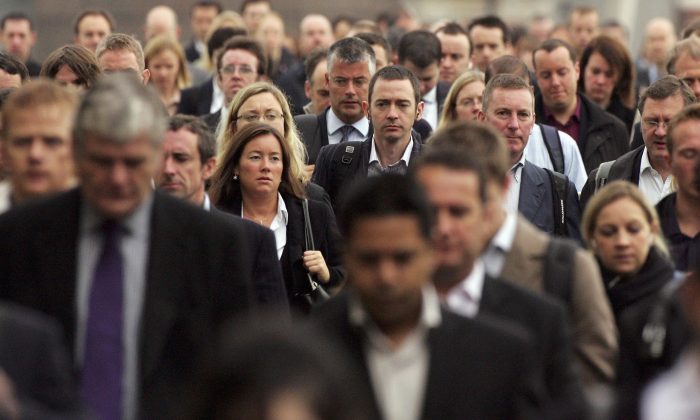 Democrats have proposed that the federal government guarantee a job at a living wage for anyone who wants one. Given widespread economic anxiety, it’s easy to understand why such a proposal appeals to many voters. But how feasible is it?

“Government-guaranteed jobs” is a simple, easy-to-understand concept. However, the implementation of such a program would be exceedingly problematical. The easy part is to put people on the government payroll. The hard part is figuring out what to actually do with them.

To begin with, can government bureaucrats provide jobs that match the skill sets of the individuals getting those jobs? Would the government create an additional teaching job in, say, Detroit, for an unemployed teacher living there, or would it pay for the teacher to move to where there is a teaching opening (and what if the teacher doesn’t want to relocate?), or would the worker have to accept whatever job the government wants to fill, such as manufacturing solar panels?

Further, how would the government know which jobs are needed in which locations? No group of individuals can possible have enough specific information about the operations and markets of all the firms in an area to rationally match individuals with jobs. Would the government require businesses that already have enough workers with the right skillsets to take on additional workers who may lack those skills?

Or would the government employ the new people directly by creating new projects and train people in the skills needed to do the type of work that the new projects would perform? If so, which communities would be the sites for these new projects? It wouldn’t be fair and certainly wouldn’t live up to the promise of “jobs for all” if Uncle Sam only created new projects in some communities (likely in congressional districts with the strongest political connections).

For the government to guarantee everyone a job means that government officials would have to know what goods to produce and what services to provide, both in the present and going forward. If the government is in charge of deciding what is to be produced in the United States, then what we’re talking about is essentially socialism. And the difficulty of an elite in Washington having the specific knowledge to intelligently coordinate economic activity is the inherent flaw in central economic planning.

Such planning always and necessarily makes people poorer, whether those administering it are saints or fiends, geniuses or dunces, for one simple reason: The planners don’t know what we, the people, want better than we do, and they aren’t disciplined by the profit-and-loss calculus facing private businesses in free markets to produce what we want. In central economic planning, it’s the rulers who decide what’s produced (e.g., wind energy, electric cars, etc.) while disregarding consumer preferences and economic costs.

As explained definitively in Ludwig von Mises’s 1922 classic “Socialism,” economic central planners are like pilots wearing blindfolds. They have no meaningful economic signals to guide them, and so they inevitably steer an economy into a downward spiral into lower standards of living.

“Guaranteed jobs” may sound appealing, but wherever it’s been practiced, it’s proven disastrous. In the 1930s, some Americans were beguiled by the rhetoric of socialism. They spoke approvingly of the Soviet Union, because there, the government guaranteed everyone a job.

Let’s set aside the harsher aspects of guaranteed jobs—i.e., the Soviet slave-labor camps—and assess how guaranteed employment worked for the millions of citizens who weren’t condemned as enemies of the state. The government did guarantee Soviet citizens a job, although in many cases, citizens were compelled to do work that they neither were trained for nor had any desire to do. That same problem would plague any American “guaranteed jobs” program, too. In order to preserve jobs, the Soviet government had to keep employing everyone, whether their labor was adding value to the economy or not.

That policy stands in stark contrast to a market-based system based on private property, prices formed by supply and demand, and the consequent capacity to measure profit and loss. In a market-based economy, profitable firms—those that create additional value, and therefore enrich society—flourish. Correspondingly, firms that use scarce resources uneconomically—i.e., make society poorer—sustain losses and eventually go out of business.

The path to economic progress for a society lies in having those firms that add wealth (profits) to society continue to do so, while those firms that subtract wealth from society not continue to do so. In the Soviet Union, by contrast, because there was no way to calculate whether production was profitable (adding wealth) or unprofitable (subtracting wealth), the state inevitably propped up wealth-destroying businesses, often for many years or decades.

Only occasionally, and long after a change was due, would the central planners reconfigure what and how various enterprises produced, but since they still lacked market-based prices to determine whether value was being created or destroyed, there was no way to calculate whether or not the new production was economically rational, either.

The bottom line, then, was that central economic planning guaranteed two things: 1) every citizen had a job and 2) society as a whole was impoverished. I doubt that most Americans would embrace such a costly tradeoff—a guaranteed job in an economy caught in a death spiral.

Free-market capitalism offers an alternative to socialist central planning. The good news is that, as both theory and history demonstrate, capitalism produces more wealth and raises standards of living far beyond what socialism can accomplish. That is because the private property order places businesses at the service of consumers and because, under private property, supply and demand yield economically meaningful prices that coordinate economic activity and subject businesses to the discipline of the profit-and-loss calculus.

The “bad news” (such as it is) is that free-market capitalism can’t guarantee everyone a job. Unprofitable firms downsize or go out of business and their employees lose their jobs. While a vibrant market economy always generates new employment opportunities, the demand for and supply of labor don’t mesh perfectly in terms of time, place, or compensation.

There is an old cliché about not letting the perfect be the enemy of the good. Socialism promises a perfect solution to unemployment by having the government guarantee everyone a job (although those who dangle this catnip in front of gullible citizens omit the caveat that the cost for such “security” will be a poorer society).

Capitalism, on the other hand, isn’t utopian. It can’t guarantee that everyone always has a job. But it constantly creates new jobs as entrepreneurs discover more and more ways to provide valued goods and services for people. (It should be added that capitalism does this best when government refrains from distorting, impeding, and undermining capitalism through burdensome taxes, stifling regulations, subsidies, and favors to special interests, etc.) And capitalism has the added benefit of lifting standards of living higher than any other economic system.