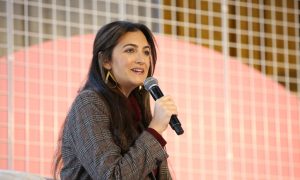 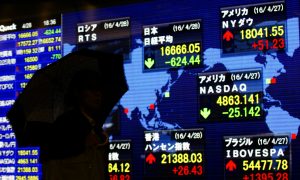 Japan Stocks Plunge, Other Asia Markets Fall After US Losses
0 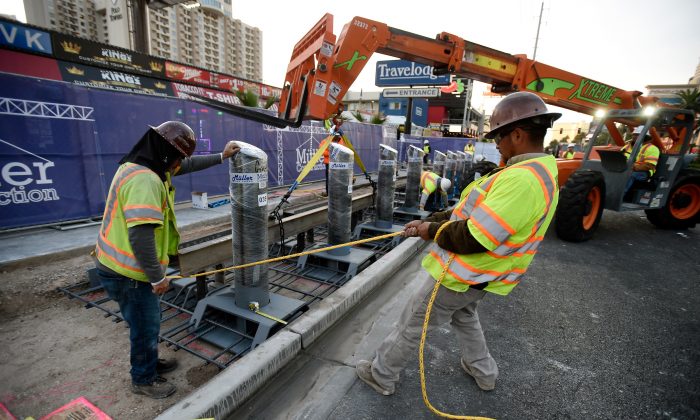 Fewer Americans asked for unemployment benefits in the week ending Dec. 22 than the week before, underscoring a month-long trend in a job market that has somewhat cooled but remains solid.

An estimated 216,000 Americans filed initial claims for benefits in the past week measured in the seasonally adjusted data by the Bureau of Labor Statistics (pdf). That’s 1,000 fewer than the previous week and 19,000 fewer than the week ending Nov. 24.

The claims reached the lowest level in 49 years in September—202,000—and remain at historic lows when adjusted for population growth.

The job market has been on fire for months, keeping the unemployment rate at 3.7 percent.

Even though job growth has slowed in November, it still handily keeps up with the expansion in the labor force.

Labor productivity grew at 2.3 percent in the third quarter in private non-farm jobs, indicating the 3.1 percent year-to-year wage increase is mostly backed by an improving economy rather than inflation pressure.

The Federal Reserve raised interest rates last week for the fourth time this year, but forecast fewer rate hikes next year and signaled its tightening cycle is nearing an end.

President Donald Trump warned the Fed was hiking the rates too fast amid a stock market tumble before the holidays. Yet he remained optimistic, saying the stock dip was “really a great opportunity to buy” on Dec. 25.

On cue, the Dow Jones Industrial Average shot up more than 1,080 points the next day and finished yet another 240 points higher on Dec. 27.

“I just think that the selling has been exhausted in the near term,” said Rick Meckler, a partner at Cherry Lane Investments, in New Vernon, New Jersey. “When yesterday’s rally only retraced a portion this morning, buyers came back in at the end of the day. The general feeling is that a near-term bottom has been put in.”