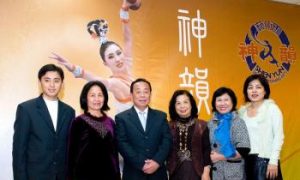 Job Satisfaction? Depends on Who You Talk To

WASHINGTON—While recent headlines have focused on the unemployed, a little-known fact is that Americans who are currently employed are growing increasingly dissatisfied with their jobs.

But you won’t find that by reading the average business publication. One recent example is Fortune Magazine’s annual “Best Companies to Work For” list.

SAS Institute Inc., a software and services firm, was named for the 13th consecutive year on the “Best Companies to Work For” list and ranked number one in 2010. The company has been listed seven times among the top ten and five times among the top five on the list.

“For 2010, I make the same promise that I did last year—SAS will have no layoffs. Too many companies worldwide sacrificed employees and benefits to cut costs in 2009. SAS took the opposite stance, and we have been rewarded in employee loyalty and overall success of the business,” promised Jim Goodnight, CEO at SAS, in a statement.

Despite turbulent economic times, employee satisfaction and good business practices at SAS achieved a 2.2 percent increase in 2009 revenues to $2.3 billion, and the company added 1,389 new clients.

Second on the list was Edward Jones, an investment adviser, which kept open all 12,615 offices worldwide without laying off a single worker. This is the 11th year for Edward Jones on the list.

“This honor is especially gratifying in the face of adversity and challenges the financial-services industry has faced the last two years,” said Jim Weddle, managing partner at Edward Jones.

The popular grocery chain Wegmans Food Markets Inc. ranked third on the list and second on the list of large companies. Wegmans, just like SAS, has been on the list since its inception in 1998.

Separately, in a January survey, Gallup Inc., a human behavior research center based in Washington, D.C., reported that 35 percent of American workers hope to work for U.S. local or federal governments.

Gallup qualifies its findings by making a distinction between times of economic turmoil and more peaceful times. The results may differ greatly when the economy has stabilized, as government salaries are often not comparable to those in the private sector.

Lists such as the “Top 100 Best Companies to Work For” paint a rather rosy picture of the U.S. employment environment by promoting those companies that have solid reputations for workplace management.

But the “Top 100 Best Companies to Work For” seems to be quite at odds with a job satisfaction survey undertaken by The Conference Board Inc.

Apparently, job dissatisfaction has grown to almost unmanageable proportions. More than half of all American workers are frustrated and disgruntled in their jobs, the highest rate in 22 years. In 1987, roughly 39 percent of American workers didn’t particularly like their job versus 54.7 percent in 2009.

There wasn’t a single job category that was spared. Job structure, environment, and benefits were just a few of the areas that have deteriorated over the years and fueled employee discontent. After that, manager attributes, abilities, attitudes, and bonus systems—unless one works in the financial sector—were mixed into the dissatisfaction concoction and contributed to a more than stressful situation for workers.

Workers under the age of 25 were the most disgruntled, although the margin differed only by roughly 10 percent for other age groups.

“The downward trend in job satisfaction could spell trouble for the overall engagement of U.S. employees and ultimately employee productivity,” said Lynn Franco, director at The Conference Board’s Consumer Research Center, in a recent statement.

But some statisticians and survey takers interviewed for this article questioned the validity of The Conference Board’s annual job satisfaction survey.

“Although the survey population is from many different backgrounds, it appears that it was not chosen at random,” said an unnamed statistician, a remark echoed by all the others, suggesting that the outcome of the survey shouldn’t only be taken at face value.

“One point of interest is how the external environment drives satisfaction,” said Ken Pinnock from the Society for Human Resource Management (SHRM). “The items that most directly affect employees in the ‘here and now,’ such as job security or benefits, are paramount over such longer-term initiatives.”

Fear of being laid off due to outsourcing American jobs to China, India, Guatemala, Mexico, and other countries has been going on for years and affects job satisfaction, said a latest report by SHRM.

It doesn’t help that American outsourcing firms are still calling for outsourcing of American jobs. This suggests that the economic slump threw many highly skilled workers into the pool of available workers globally, helping companies get skilled labor for cheap.

“The amount of highly skilled labour currently unemployed around the world has made staffing a shared service centre or centre of excellence somewhat easier,” states the International Outsourcing Forum on its Web site.

As layoffs continue, managers pile more and more work on those left behind, requiring employees to work longer hours, while refusing to compensate for overtime, cutting time for lunch, and reducing salaries. All those factors contribute to a stressful workplace environment.

The threat of layoffs and outsourcing does not only affect the worker, but also management, especially now as many highly skilled workers are biding their time and will go on a job hunt the minute the economy bounces back.

“According to a SHRM survey, 31% of employees indicated that they will be somewhat or very likely to begin or increase their job search once the economy and job market improve,” concluded the SHRM researchers.

Don’t Take Away My Perks

Perks are often the first things to go during an economic downturn, having a bad effect on employee morale.

Good pay, interesting and challenging work, and health insurance are a must and are not truly considered perks by employees and employers.

Perks include gym memberships, country club memberships, child care centers, company cars, a ride on the corporate airplane, a subsidized cafeteria, employee discounts for cell phones, free parking in large cities, and metro tickets. One all-time favorite at Google—fourth on the Fortune Magazine’s “Best Companies to Work For” list—is the $500 for takeout dinners provided to parents with newborns.

“To remove it [the perks] is one of the most direct routes to employee anger, which in turn, leads to lower levels of motivation and retaliatory behavior,” said Professor Sigal Barsade of the University of Pennsylvania in a recent Knowledge @ Wharton report.