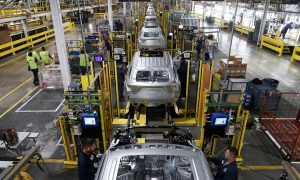 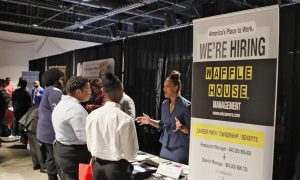 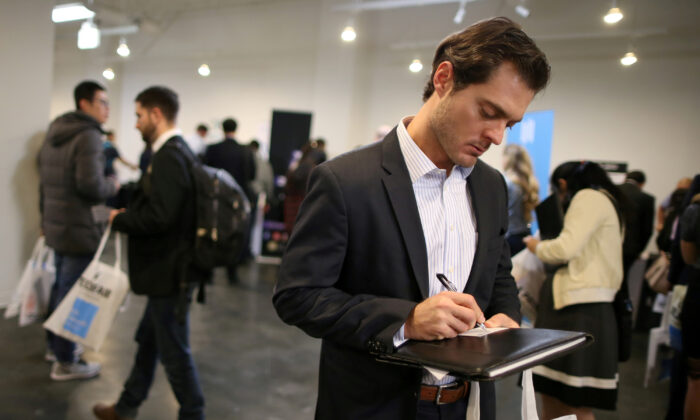 According to the nonfarm payroll figures, released on Jan. 10, 145,000 jobs were added in the final month of 2019. This is broadly in line with expectations that the numbers would come in lower than the exceptionally strong November data.

Economists polled variously by Reuters and MarketWatch were expecting to see the pace of new job creation slowing in December from an unusually robust 256,000 nonfarm payrolls added in November, revised down in this report by 10,000. The outsized part of the November job gains was widely attributed to General Motors workers returning from a strike.

Some of the slowdown in December is likely due to seasonal volatility associated with a later-than-normal Thanksgiving Day.

“The relevant comparison is not December versus November, but against economists’ expectations,” explained Robert Johnson, Professor of Finance at Heider College of Business, Creighton University, in remarks to The Epoch Times. “The consensus estimate was for 160,000 jobs to be added. While slightly lower than expectations, the December jobs number does not stoke fear that a long-anticipated recession in the U.S. is imminent.”

Kristoffer Kjær Lomholt, senior analyst at Danske Bank, said in a note (pdf) ahead of the jobs report that he expected a 175,000 headline print for December, which he acknowledged was “slightly stronger than consensus expectations.”

Still, the new payroll data suggests the U.S. economy will continue to be buoyed by the positive labor market dynamics, which are tied to consumer sentiment.

“The key thing for markets is that the report shows a continued tightening of the labor market,” Lomholt explained, which he defined as job growth staying above roughly 100,000.

He added that weaker than expected data, which he believed was “not in the cards,” might unsettle investors and “trigger a risk-off move,” sparking a sell-off of riskier assets like stocks.

Also of note in the new figures was a downward revision of both October and November nonfarm payroll employment figures. October numbers were revised down by 4,000 to 152,000, while the change for November was revised down by 10,000 to 256,000.

After the revisions, job gains have averaged 184,000 over the last 3 months.

The unemployment rate for December was 3.5 percent, according to the Labor Department.

The jobless rate broke below 4 percent in April 2018 and has stayed at or below that level for 20 straight months, representing the longest such stretch since the 1960s.

On Jan. 9, the Labor Department released its weekly jobless claims report, which suggested ongoing strength in the labor market.

Initial claims for state unemployment benefits decreased by 9,000 to a seasonally adjusted 214,000 for the week ending Jan. 4, compared to the week before, the Labor Department stated in a release (pdf).

The four-week moving average fell by 9,500 to 224,000 compared to the previous week’s revised average of 233,500, suggesting a positive longer-term trend in claims figures.

The number of continuing claims, however, which reflect people already collecting unemployment benefits, jumped by 75,000 to just over 1.8 million. While this is the highest level since April 2018, some economists say it likely reflects a short-lived spike in new claims after the Thanksgiving holiday. A surge in initial claims for the week ending Dec. 7 boosted claims to 252,000, the highest reading since September 2017.

“At this point, we are not concerned about the rise in initial claims and view it as a statistical quirk related to the seasonal adjustment process around Thanksgiving,” said John Ryding, chief economist at RDQ Economics in New York, explaining the apparent anomaly, according to Reuters.

“The last four consecutive weeks of declines in initial jobless claims are likely a result of the out-sized increase in claims (plus-49,000) in early December,” said Allen Sukholitsky, chief macro strategist at Xallarap Advisory. “Think of it as payback.”

Sukholitsky said year-over-year changes in initial claims are a better measure of the health of the broader economy than weekly or monthly figures.

“Over the last decade, the size of the declines in initial jobless claims has been steadily getting smaller,” he said. “In the past, shrinking declines have eventually turned into increases, many times without a recession taking place, but prior to every recession that has taken place, declines in initial jobless claims have shrunk and then begun to increase.”

In another measure of U.S. labor market performance, private-sector employment grew in December by 202,000 jobs.

“As 2019 came to a close, we saw expanded payrolls in December,” said Ahu Yildirmaz, vice president and co-head of the ADP Research Institute. “The service providers posted the largest gain since April, driven mainly by professional and business services. Job creation was strong across companies of all sizes, led predominantly by midsized companies.”

Mark Zandi, chief economist of Moody’s Analytics, said, “Looking through the monthly vagaries of the data, job gains continue to moderate. Manufacturers, energy producers, and small companies have been shedding jobs. Unemployment is low, but will begin to rise if job growth slows much further.”

Labor market strength has shored up consumer spending, helping to keep the economy on a path of moderate growth despite headwinds from trade tensions and slowing global growth that have had a dampening effect on manufacturing.

The United States is currently in its longest economic expansion in history, now in its 11th year.