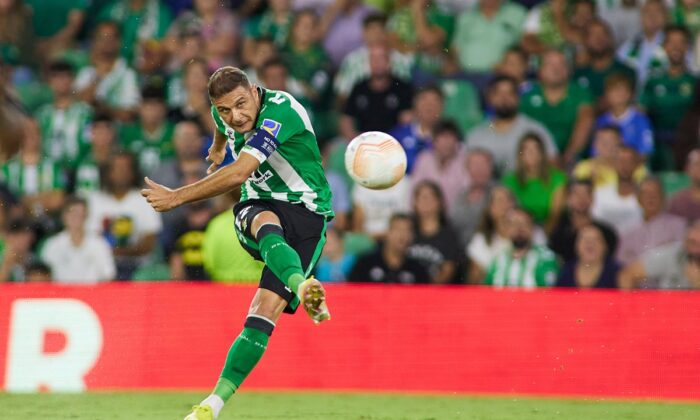 Spanish midfielder Joaquin Sanchez Rodriguez, known simply as Joaquin by the fans, plays for Real Betis of Seville in La Liga. He scored in a Europa League Group C match against Ludogorets of Bulgaria, in Seville on Sep 15, which led to a 3-2 win for Real Betis.

At the age of 41 years, Sanchez also became the oldest player to score in the history of the Europa League.

In the 39th minute in the first half of the football game, Joaquin, scored a stunning strike after receiving a short pass from his teammate from just outside the corner of the penalty box, doubling Betis’ lead to 2:0.

In the end, Real Betis narrowly defeated Ludogorets 3:2 to go top of Group C in the Europa League with two wins.

At 41 years old, Joaquin overtook Norway’s Daniel Hestad’s record set in 2015 as the oldest player to score in the Europa League. “I had a hunch that it was going to be a goal as soon as I kicked the ball. I remember scoring similar goals before, but today I feel more honoured because I am getting older… Now every time I do anything I can break a record,” said the Spanish international football star.