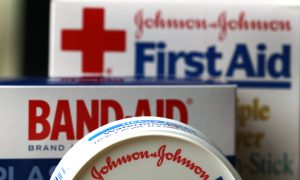 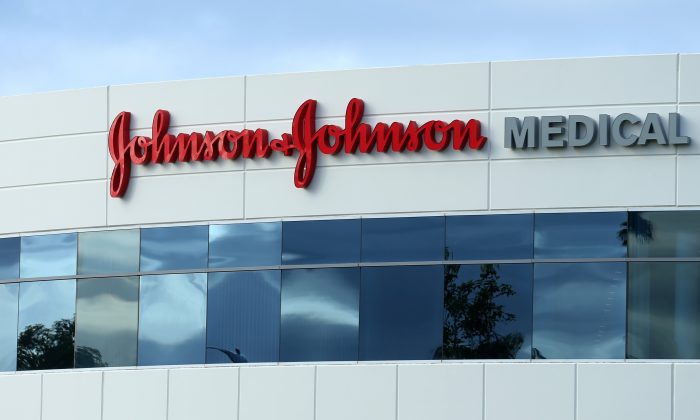 A Johnson & Johnson building is shown in Irvine, Calif., on Jan. on 24, 2017. (Mike Blake/Reuters)
Crime and Incidents

Johnson & Johnson was at the center of the burgeoning opioid-addiction crisis in America, operating like a drug kingpin by selling its version of the powerful painkiller as well as the active ingredient, according to newly unsealed court filings.

J&J, through subsidiaries based in Tasmania, grew opium poppies used in its Nucynta medication and sold to other drugmakers for use in their opioid-based products, court filings in Oklahoma show. The New Brunswick, New Jersey-based company also wrongfully targeted children and the elderly in its marketing, the state contends.

Those actions made J&J a “kingpin behind the public-health emergency, profiting at every stage,’’ lawyers for Oklahoma Attorney General Mike Hunter said in a February state court document.

Oklahoma is slated to be the first state to bring claims against opioid makers such as J&J’s Janssen unit and Purdue Pharma LP to trial in May. The state is seeking more than $25 billion in damages and penalties over what it says was the illegal marketing of the painkillers.

There are 36 states and more than 1,600 U.S. cities and counties suing drugmakers and distributors seeking to collect billions of dollars spent to address the fallout from the public-health crisis tied to opioid addiction. The Axios news service first reported on the Oklahoma filing.

J&J officials said March 11 that U.S. health regulators oversaw its operation of the opium units, which were later sold.

“Importantly, as a supplier, we did not have any role in the manufacturing, development, sales, and marketing of other manufacturers’ finished products,” Andrew Wheatley, a J&J spokesman, said in an emailed statement.

J&J, Purdue, and Teva Pharmaceutical Industries Ltd. failed last week to persuade a judge to delay the Oklahoma trial so the companies could complete pretrial information exchanges with the state. Now, Hunter is asking a judge to unseal material J&J turned over for trial that details the company’s role in producing opium used in drugs and scientific tests.

In 2016, J&J agreed to sell its opium-poppy processing business in the Australian state of Tasmania to U.S. private equity firm SK Capital Partners LP. The former J&J unit, Tasmanian Alkaloids Pty Ltd., is one of a limited number of companies granted permission to process poppies to make opiates for medical and scientific needs.

The documents in the Oklahoma case also focus on whether J&J officials improperly marketed its opioid-and-fentanyl-based painkillers to vulnerable populations, such as children, the elderly and veterans.

Those groups have a right to the information to protect themselves “from becoming the next victims of addiction/death courtesy of J&J,’’ Hunter’s lawyers said in the filing. In these filings, J&J countered Hunter, was seeking to use “sensationalistic headlines and to poison potential jurors against Jansen in advance of trial.”