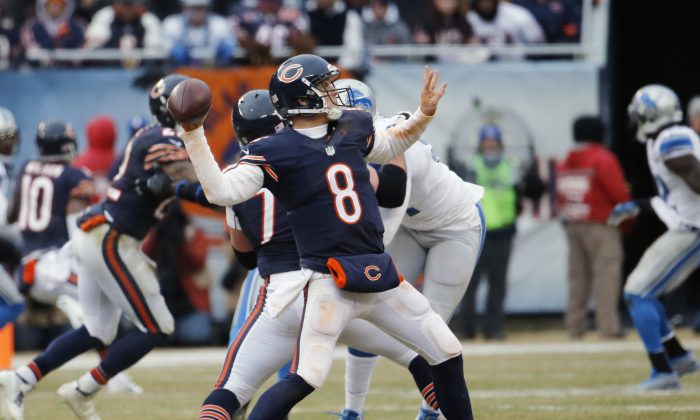 The Lion’s are the NFL’s second ranked defense, and Bears backup QB Jimmy Clausen was starting his first game in four years.

Nonetheless, Clausen turned in an impressive game in Week 16 versus the Detroit Lions, totaling 181 yards on 23/39 passing with 2 touchdowns and 1 interception. The Bears ultimatly lost the game 14-20.

Clausen actually played a lot better than his stats indicate. Clausen showed a kind of calm and poise in the pocket that Jay Cutler had lacked, and could have had a much bigger line if Bears receivers had not dropped seven passes on the day.

With that said, Clausen is questionable at best as a long term solution at quarterback.

Meanwhile, according to a report by NFL Media Insider Ian Rapoport, Titans Coach Ken Whisenhunt has already started doing research on Cutler and could very well be potential suitors if the Bears do decide to move him.

The Titans currently hold the #1 pick in the 2015 NFL draft, a pick that would presumly be used on quarterbacks Marcus Mariota or Jameis Winston.

If the Titans do end up trading for Cutler, it would indicate that they covet a finished product over a developmental project.