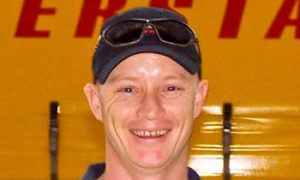 Global Q&A 'Do you have a favorite local market? Describe what you like about it'
0
US

By Natalie Gee
Print
Jimmy Carter, the former president, was discharged from MetroHealth Medical Center today at 1.15 p.m., after recovering from a gastric viral infection, according to a statement by the Carter Center.

Shortly after leaving hospital Carter arrived at Reagan National Airport in a small private jet, according to AP. He was in Washington for a planned private meeting, spokeswoman Deanna Congileo said.

The former U.S. president spent two nights at the Cleveland hospital after being rushed to the emergency room Tuesday morning. Hospital officials said the viral infection that may have caused an upset stomach had cleared up.

Book signings scheduled in Ohio, North Carolina, South Carolina and Washington as part of a tour to promote his new book, "White House Diary" were canceled.