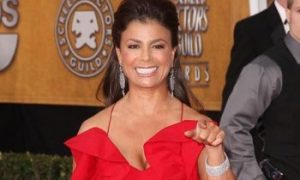 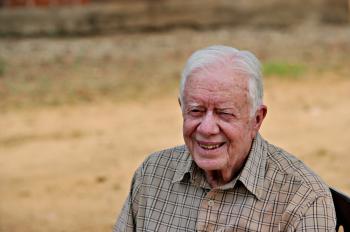 Jimmy Carter, the former US President, was reportedly hospitalized for an upset stomach. (Roberto Schmidt/AFP/Getty Images)
US

By Natalie Gee
Print
Jimmy Carter, the former US President, was taken to a Cleveland Hospital today after experiencing an upset stomach while on a flight, according to a statement by the Carter Center in Atlanta.

Carter, 85, is said to be resting comfortably, CNN reports.

Airport emergency crews took him to Metro Health Hospital for observation upon arrival, after an initial checkup.

His appearance at noon for a signing event at Cleveland’s Joseph-Beth Booksellers was canceled.

"He is fully alert and participating in all decision-making related to his care," the hospital told CNN, adding that they received a phone call from President Barack Obama on the former president's condition. "The decision to admit him overnight is purely precautionary."

Carter will resume his book tour later this week.