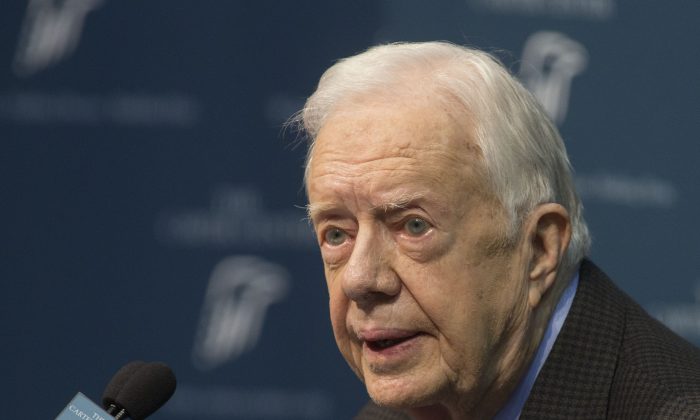 Former President Jimmy Carter says Hillary Clinton has his support—and he told delegates at the Democratic National Convention: “I know she will also have yours.”

Carter’s message came in a video address to delegates.

The former president said that these are “perilous times” and the nation needs someone with a “strong heart,” a deep understanding of issues and a “steady hand.”

Democrats Struggle Their Way Toward Unity

Carter is also thanking Bernie Sanders for energizing young people and bringing them into the political process.

It “will be a very important election, one that will define for a generation who we are as a nation and as a people,” Carter, the 39th president, added in his address. “At a moment when it’s become more important than ever to lift people up … we see a Republican candidate who seems to violate some of the most important moral and ethical principles on which our nation was founded.”

“We Americans have a clear choice before us. I feel proud that the two Democratic candidates, who competed through a long primary season, … comported themselves with dignity, talked about issues that matter, and presented a vision for our nation,” Carter added. “I thank Senator Sanders for energizing and bringing so many young people into the electoral process. To all of you young Americans, I say: Stay engaged, stay involved and be sure to vote this November.”