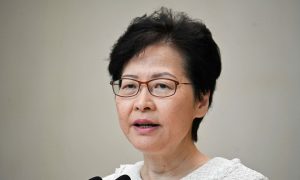 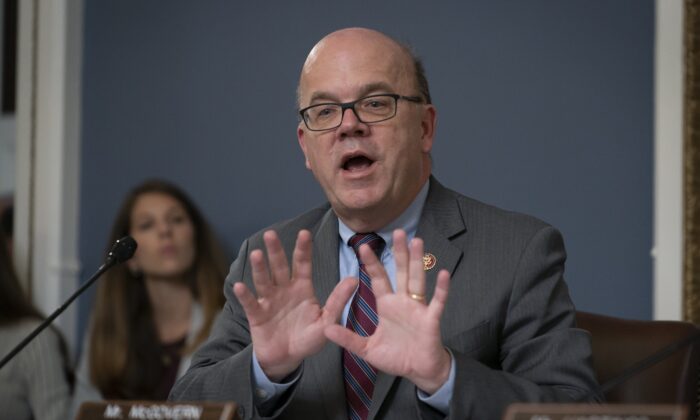 Rep. Jim McGovern (D-Mass.) called on President Donald Trump to speak out after police in Hong Kong shot a protester.

“The #HongKong Police are out of control & escalating the level of violence against unarmed people. @realDonaldTrump should not remain silent while the situation worsens,” McGovern wrote on Twitter Sunday.

The #HongKong Police are out of control & escalating the level of violence against unarmed people. @realDonaldTrump should not remain silent while the situation worsens.https://t.co/fj1YekGjzP

A day later, Sen. Ben Sasse (R-Neb.) said the shooting is a reminder that the Chinese Communist Party (CCP) is a violent regime.

“This is why Hong Kongers have turned against the despots in the Chinese Communist Party: Beijing’s power depends on violence because they don’t give a rip about human dignity. Beijing can’t hide these images from the world. Free people everywhere stand with Hong Kong, and the Chinese Communist Party is going to discover that suppressing freedom-seekers with terror and bullets is a losing strategy,” he wrote in a statement on Monday.

Over the weekend, Hong Kong police fired several live rounds, which struck one protester in the abdomen. According to Hong Kong FP, protesters were blocking roads at an intersection.

An officer was reportedly chasing an individual wearing a mask before firing his service weapon at them. The incident was captured via a live stream of the protests. When another protester attempted to grab the officer’s gun, the officer fired another two shots.

Pro-democracy legislator Ray Chan criticized Hong Kong officials over the move, saying that the officer was filmed attempting to pick up the shot protester.

“The unarmed young man shot in the abdomen is an alumnus of Salesian School on #HongKong Island, the high school I went to. Is this the proper way to handle a casualty who is likely to suffer from internal organ lacerations and crushed veins,” he wrote on Twitter.

Hong Kong leader Carrie Lam on Monday defended the police’s recent actions and described the protesters as “rioters” during a press conference as violence escaped.

Trump hasn’t issued many comments on the protests in Hong Kong, but in early October, he said that should the CCP do anything untoward to protesters, trade negotiations might be affected.

“If anything happened bad, I think that would be a very bad thing for the negotiation,” said Trump. “I think politically it would be very tough, maybe for us and maybe for some others and maybe for [Chinese President Xi Jinping].”