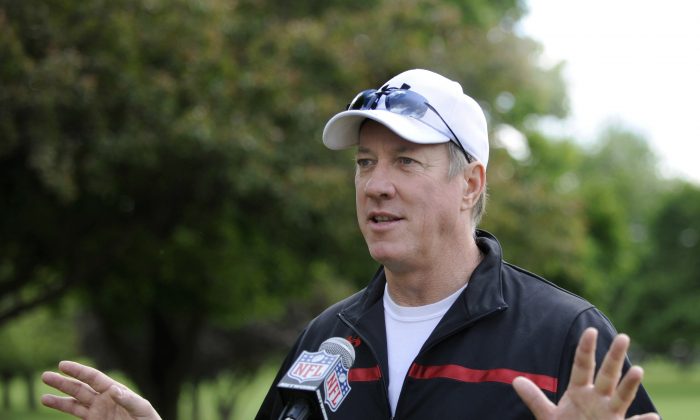 Jim Kelly said he is cancer-free weeks after the former Buffalo Bills quarterback revealed that he had cancer in his jawbone.

“I found out great news on Wednesday,” Kelly said on the Bills’ website.

“I don’t have to go through radiation treatment and chemo, which is a blessing. From what I’ve been told [about] everything that they did in surgery, if I had to do radiation or chemo it would put me way back.”

The left side of his jaw along with some of his teeth were removed during the surgery, he said.

“The worst part about my cancer is it’s right here in the area of my mouth,” he said. “They had to remove most of my jaw on my left side. It’s very, very sore, but it takes time. I know when you have knee surgery or shoulder surgery it’s sore for a small period of time and rehab and everything is good and you just take your time. This is just constant pain for now, but it’s a small price to pay for where I’ll be later on down the road.”

Kelly, a Hall of Fame quarterback who took the Bills to four consecutive Super Bowls in the late 1980s and early 1990s, said that to mitigate the risk, he will return to his doctors every two months for a checkup.