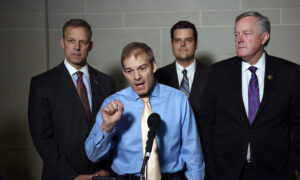 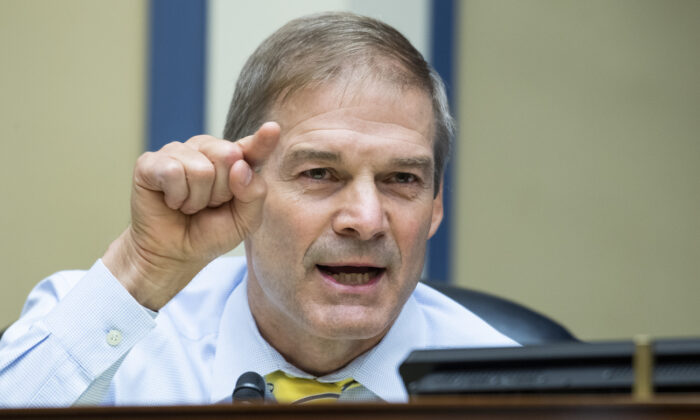 In response to a statement on Newsmax about whether he should, Jordan said, “No, of course not, and you remember this is a president [who] gets things done.”

“This is a president who does what he told the American people he was going to do, accomplishes what he was elected to do and this is just one more example of him getting something done that’s valuable and important to the country,” Jordan said.

Going further, Jordan said that “instinctively, everyone knows there are problems with this election.”

Since Nov. 3, Trump said that the election was stolen from him and has mounted a legal campaign to overturn the results in several states. Meanwhile, his lawyers have lobbied the state legislatures and governors to either not certify the results of the election or for state lawmakers to reclaim their constitutional authority to call electors.

The Epoch Times has not called the election for either Trump or Democrat Joe Biden.

Jordan, the ranking Republican member of the House Judiciary Committee, suggested that Trump performed too well in other places and among certain demographics to lose.

“We won 27 out of the 27 toss-up states. He increases his votes with Hispanic Americans, African-Americans. State legislatures that Republicans control we kept all those plus, increased those numbers,” Jordan said. “You can just go down the line, he won 19 of the 20 bellwether counties. He won Ohio by eight, Iowa by eight, Florida by three, and yet somehow doesn’t win. So we know we need to look at all this. There is a number of lawsuits that are pending, the one that was filed in Texas today regarding several states. Let’s see how that all shakes out. Let’s get to the bottom of this for the well-being of the country.”