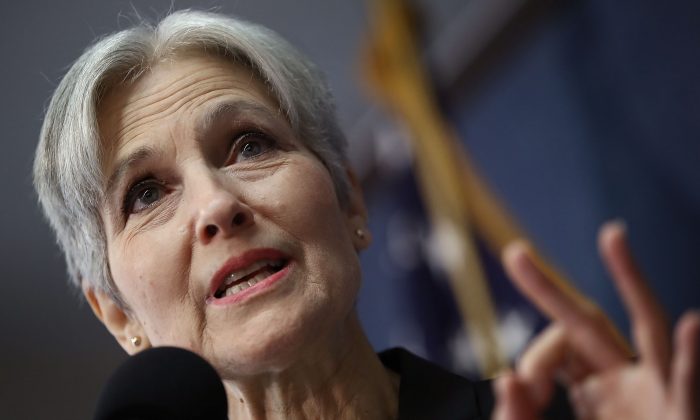 Jill Stein has filed a lawsuit in Pennsylvania over her attempts to push a statewide vote recount, according to NBC News.

As a result, Stein mounted legal effort to force a recount.

If she manages to succeed in forcing the recount, it’s still very unlikely the the vote will flip from Donald Trump, who won the state, to Hillary Clinton. Only 27 states have been decided by recounts out of thousands of statewide races, and only three candidates have pulled off the upset, the Washington Examiner reported.

Stein said in a statement that she raised more than $6.5 million in funding efforts to challenge the results in Michigan, Wisconsin, and Pennsylvania—all battleground states that Republican President-elect Donald Trump won. She has already filed a recount in Wisconsin.

In pushing for the recount, Stein said that she filed the recount due to “irregularities,” without providing any evidence.

“Americans deserve a voting system we can trust,” Stein stated, reported the Washington Examiner. “After a presidential election tarnished by the use of outdated and unreliable machines and accusations of irregularities and hacks, people of all political persuasions are asking if our election results are reliable.”

“We must recount the votes so we can build trust in our election system,” her statement reads “We need to verify the vote in this and every election so that Americans of all parties can be sure we have a fair, secure and accurate voting system.”

A Wisconsin state commission said there will not be a hand recount, but Stein’s lawyers have said they will attempt to get a court order to ensure that machines aren’t used.

The Pennsylvania Department of State said that some of the precincts had finished certifying their election results, according to Politico.

“Our General Counsel has reviewed the Election Contest and said it is totally and completely without any merit. It does not even allege any facts to support its wild claim that the ‘discontinuity’ of pre-election polls reported by the media showing that Hillary Clinton would win and the actual results could only have occurred through computer hacking originated by a foreign government,” Gleason said. “This desperate act by Jill Stein and those supporting her is a sad commentary on the failure of some to accept the results of the will of the people as reflected by their votes.”